The 7 Best Foods to Decrease Your Heart Disease Risk

By Eat This, Not That!

Imagine a room full of 10 people you know. Eight of them could be on a path to heart disease, according to recent research. But you don’t have to be one of them. You—and they—can slash risk by more than half, just by taking a few simple steps.

In fact, more than 50% of deaths that occur every year from heart disease could have been prevented, according to the study, put together by researchers at Emory University in Atlanta. You already know to avoid smoking, but the other four main causes—obesity, high cholesterol, high blood pressure, and diabetes—can each be eliminated or dramatically reduced with a handful of dietary changes, studies show.

So take your heart health into your own hands. The editors of Eat This, Not That! magazine have identified the absolute best foods to dramatically reduce your risk of heart disease, while dropping pounds and protecting you from diabetes, as well.

Great news, chocoholics: Dozens of studies show that people who consume cocoa—as a hot drink or eaten as dark chocolate—are in much better cardiovascular shape than those who don’t. One nine-year study in the journal Circulation Heart Failure found women who ate one to two servings of high-quality chocolate per week had a 32 percent lower risk of developing heart failure than those who said no to the cocoa. And a second long-term study found that men who ate the most chocolate–about 1/3 of a cup of dark chocolate chips per week–had a 17 percent reduced risk of stroke compared to those who didn’t consume chocolate. Researchers attribute cocoa’s health benefits to polyphenols and flavanols, anti-inflammatory compounds that help protect the heart.

Eat This, Not That! approved: The most healthful dark chocolate contains 74 percent or more cocoa solids, but if you’re serious about a healthier heart, don’t buy anything under 60 percent cacao. Eat This, Not That! recommends Lindt’s 85% Cocoa Excellence bar. The chocolate in this bar isn’t alkalized–a process that strips out the bitterness at the cost of the cocoa’s natural, healthy compounds–and you can enjoy four indulgent squares for just 230 calories and 5 grams of sugar. Or try the sweets we included on our list of Eat This, Not That!-approved 10 Best-Ever Snacks for Weight Loss!

Don’t just eat these at the sushi joint! The soybean pods are a great anytime snack because they’re an excellent source of magnesium, folate and potassium. These nutrients can help lower blood pressure and support heart health, reducing your risk for heart disease. Fiber protects the heart by boosting the body’s ability to produce low-density lipoprotein (LDL) receptors, which act like bouncers, pulling “bad” cholesterol out of the blood. And beans are an excellent source. Researchers at the University of Leeds analyzed a number of studies and found that risk of cardiovascular disease was significantly lower for every 7 grams of fiber consumed.

Eat This, Not That! recommended: We like Seapoint Farms Wasabi Dry Roasted Edamame. Besides having a satisfyingly crunchy texture and kick of heat, they pack 11 grams of soy protein and five grams of belly-filling fiber in each 100-calorie serving.

A recent study at Penn State found that people who react badly to stressful situations have increased levels of inflammation in their bodies—and inflammation is directly tied to obesity, as well as diseases like diabetes, heart disease and cancer. When anxiety rides high, you’re also at the mercy of stress hormones such as cortisol—known as “the belly fat hormone” for its ability to pull lipids from the bloodstream and store them in our fat cells. What makes rooibos tea particularly good for soothing your mind is the unique flavanoid called Aspalathin. Research shows this compound can reduce stress hormones that trigger hunger and fat storage—and keep your heart healthy.

Drink This, Not That! Tip: Learn how drinking a cup of rooibos at 9pm could help you melt fat faster—and finally get a night of calming, deep sleep—in the revolutionary new weight-loss plan, The 7-Day Flat Belly Tea Cleanse!

Americans eat more tomatoes and tomato products than any other non-starchy “vegetable.” And that’s good news, researchers say, because tomatoes are particularly rich in lycopene, an antioxidant that, unlike most nutrients in fresh produce, increases after cooking and processing. Dozens of studies suggest a relationship between regular intake of lycopene-rich tomatoes and a lower risk of cardiovascular disease, skin damage and certain cancers. Researchers even found a concentrated “tomato pill” improved the widening of the blood vessels in patients with cardiovascular disease by over 53 percent compared to a placebo.

Eat This, Not That! secret: Consider splurging on organic. Research suggests organic tomatoes may have higher levels of disease-fighting polyphenols and vitamin C than conventionally-grown varieties.

Perhaps this is Mother Nature’s way of giving us a hint: Heart-shaped walnuts are brimming in antioxidants and omega-3 fatty acids that can significantly reduce the risk of heart disease—an umbrella term that refers to a number of deadly complications (including heart attack and stroke) that amount for about 600,000 deaths in the United States per year. The most comprehensive review of clinical trials on nut consumption in relation to cardiovascular disease showed consuming just one ounce of walnuts five or more times a week—about a handful every day—can slash heart disease risk by nearly 40 percent!

Eat This, Not That! secret: A recent study that analyzed the health benefits of different parts of the walnut—the skin, the “meat” and the oil—found most of the heart-healthy benefits come from the oil. You can release walnuts’ volatile oils by roasting them in a dry pan over medium heat until fragrant. And give bottled walnut oil a try—a finishing oil that’s delicious in mixed into salad dressings or drizzled (with a teaspoon!) on pasta dishes. Discover more exclusive slim-down secrets in this special Eat This, Not That! report: 7 Best Foods for Rapid Weight Loss.

A mere tablespoon of these ultra-powerful seeds serves up nearly three grams of belly-filling fiber for just 55 calories. We like that ratio. Not to mention, flaxseeds are the richest plant source of omega-3 fats, which help reduce inflammation, ward off mood swings and help prevent heart disease and diabetes. A diet of heart-healthy fats, like those found in flax seeds, raises good HDL cholesterol levels.

Eat This, Not That! tip: Flaxseeds have a pretty low smoke point, so we don’t recommend cooking with them, but they make a welcome crunchy addition to smoothies, salad dressings and yogurt.

“Sprouted” garlic—old garlic bulbs with bright green shoots emerging from the cloves—usually ends up in the garbage. But scientists report that this type of garlic has even more heart-healthy antioxidant activity than the fresh stuff. Aged garlic extract, also known as kyolic garlic or A.G.E. is a popular supplement, because it’s odorless (let the kissing commence!). A study found that participants who took four pills a day saw a reduction in plaque buildup in the arteries.

Eat This, Not That! recommended: Try Kyolic Aged Garlic Extract—4 ml a day can boost your circulation, and they’re odor free.

More from Eat This, Not that! 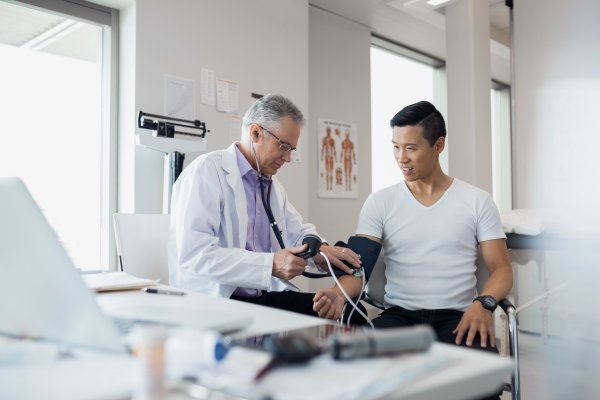 High Cholesterol Rate Continues Decline in the U.S.
Next Up: Editor's Pick