If there’s an organism that should get credit for finding ingenious ways to survive it’s the malaria parasite. It exploits the mobile and blood-feeding mosquito as its transportation, hitching rides on the insects that live by feeding on the blood of human and animal hosts. As the insect feeds, the malaria parasite decamps and selfishly moves on to the more fertile host, quickly infecting new cells and finding every opportunity to reproduce and spew out more progeny.

Now researchers report they’ve found a way to make the mosquito a less hapless host. Using a new gene-editing technique that allows them to slice the genome in very locations and splice in new genetic material, two teams report in PNAS that they have created a mosquito that not only is resistant to infection with Plasmodium falciparum but can pass this resistance on to its offspring.

MORE: The First-Ever Malaria Vaccine Just Got a Big Break

James relied on a cutting edge new technology called CRISPR/Cas9, which allows him to develop the genetic equivalent of a dotted outline in the mosquito’s genome that molecular scissors can then cut out. Finding the right place to cut the mosquito genome is critical, so whatever genes are then stitched in can be produced in large enough quantities without affecting the insect’s other processes. James inserted a sequence that turns on robust production of anti-malaria antibodies.

Simply inserting the genes that produce antibodies to Plasmodium would help to prevent some mosquitoes from passing on malaria when they bite people. But to really lower infection rates in places like sub Saharan Africa where a quarter of the population is at risk of infection, the scientists wanted to take an additional step and find a way for the mosquitoes to pass along the resistance so scientists wouldn’t have to attempt to genetically alter hundreds or even thousands of insect larvae.

To accomplish that, Gantz and Bier manipulated something called the gene drive, a sequence of DNA that can be copied from a male onto the female’s chromosome and thus assure that the genetic material — in this case the malaria resistance genes — is being passed on to their offspring.

It’s an important first step toward what could potentially be an efficient way to render mosquitoes essentially useless hosts. But nature is just as clever, and the researchers say that the female mosquitoes have a genetic block to the gene drive process that could limit the efficiency of pushing the anti-malaria antibodies onto their progeny.

If additional studies show the gene-editing and gene drive strategy are safe and feasible, it could represent an important milestone in controlling a devastating disease that kills half a million people each year globally. 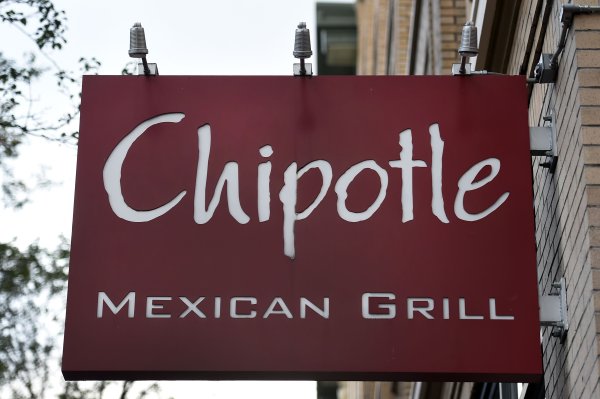 E. Coli Linked to Chipotle Spreads to 6 States
Next Up: Editor's Pick