The U.S. Food Guidelines Have Always Been Controversial

Today, the new 2015 Dietary Guidelines were released, recommending Americans eat more fruits, vegetables, whole grains, and varied proteins. This year’s guidelines were the subject of much controversy, including arguments over whether issues like sustainability should be included in recommendations for how Americans eat. The new guidelines did not recommend limits on processed or red meat.

But quarreling isn’t unusual when it comes to American diet recommendations. The guidelines as we know them today—released by the U.S. Department of Agriculture (USDA) and U.S. Department of Health and Human Services (HHS) every five years—started from a disagreement.

In 1977, the U.S. Senate Select Committee on Nutrition and Human Needs, led by Senator George McGovern, recommended “Dietary Goals” for the American people: consume only as much energy as you expend, eat more naturally occurring sugars, consume more fruits and vegetables and go easy on eggs and butter. The Dietary Goals received backlash from both industry and the science community over whether they were supported by enough evidence.

From that backlash emerged a decision to have the USDA and HHS partner. They selected scientists from both departments and created what would become the 1980 Dietary Guidelines for Americans, which recommended seven ways to have a good diet, including eating a variety of foods, avoiding too much fat and cholesterol and cutting down on sugar. But once again, the development approach and the guidelines themselves were criticized.

Ultimately, the HHS and USDA were directed to form an advisory committee that would make sure outside advice would be included in future guidelines. A Dietary Guidelines Advisory Committee was formed and used for the first time in the creation of the 1985 guidelines. This time, the advice was better received.

MORE: The War On Delicious

Even before diet guidelines were officially released in the way they are now, federal agencies have long recommended ways for Americans to be better eaters. As TIME reported in 1964, a federal Food and Nutrition Board recommended that an American man and woman cut 300 and 200 calories out of their daily diet, respectively. “The affluent life in the U.S. of the 1960s is also the sweet life, the fat life and the soft life—or so the top U.S. experts have decided,” TIME wrote, adding that “the difference is the caloric content of two average martinis.”

Through the years, diet recommendations in the U.S. have moved away from recommending specific nutrients and more toward food-based recommendations. Even the contentious guidelines released in 1977 marked a shift that focused more on avoiding foods linked to chronic disease. In recent years, there has been significant debate about whether cutting out fat should continue to be a focus (the 2010 guidelines recommend fat-free and low-fat dairy products), and whether cholesterol is still a nutrient of concern.

“Unfortunately, what has remained consistent over the years is that Americans have not followed Dietary Guidelines recommendations,” representatives from the Center for Nutrition Policy and Promotion at the USDA told TIME in statement. The agency says the Healthy Eating Index (HEI) was created to measure how closely Americans’ diets fall in line with the Dietary Guidelines, and Americans’ HEI score on a 100 point scale has been between 49 and 58 since the 1990s.

With emerging science—processed meat was recently declared carcinogenic—and bickering among industry and the science community, it’s not hard to see how eating healthy can be confusing.

The key recommendations in this year’s guidelines to eat more fruits and vegetables remains advice worth following. As for the rest? Do as Americans always have, and join in the quarreling. 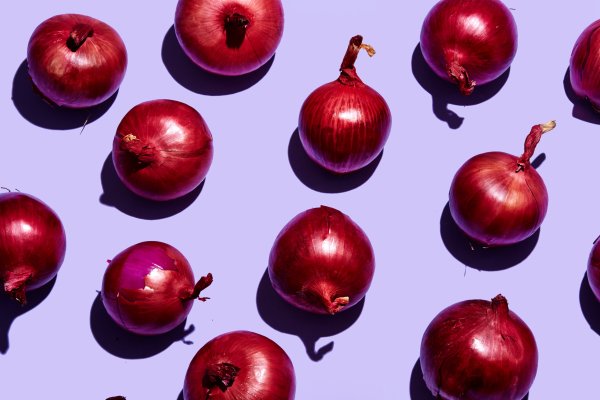