Everything We Know About J.K. Rowling’s Harry Potter Prequel

J.K. Rowling’s Harry Potter prequel Fantastic Beasts and Where to Find Them doesn’t premiere until November 2016. But in true wizarding world fashion, the anticipation is almost as exciting as the release.

The movie follows Eddie Redmayne’s Newt Scamander, a “magizoologist” around 1920s New York. The tale is rooted in a Hogwarts textbook referenced only one time in the entire Potter series—when Harry was getting his schoolbooks in Diagon Alley.

Rowling told fans nearly a year ago, via a riddle on Twitter, that the movie would take place in New York. Then she revealed there’s an American Hogwarts. In Fantastic Beasts, Scamander discovers the American wizarding community is hiding from Muggles—called No Majs in the U.S.—and that “the threat of public exposure is an even graver concern than in the U.K.” Entertainment Weekly got an inside look straight from the set of the film in Leavesden, where Potter was also filmed, and can reveal that the movie is the story of Scamander’s creatures escaping their case in a wiz-phobic America.

Aside from the phrase No-Maj, Americans also have their own Ministry of Magic called the Magical Congress of the United States of America. The MACUSA is located inside the Woolworth Building. In EW’s exclusive look at Redmayne on set, he’s flanked by two phoenixes in a golden lobby of the Woolworth. In the first trailer for the movie, Katherine Waterston’s character Tina—short for Porpentina—is seen inside the MACUSA, telling Seraphina, a character clearly involved in American wizarding politics that “a wizard entered New York with a case, a case full of magical creatures, and unfortunately some have escaped.” Seraphina, played by Selma’s Carmen Ejogo, stands in front of what looks like the MACUSA seal, which features a phoenix with its wings spread above flames and an American flag, rightly adorned with just 48 stars. Set in 1920s New York, American didn’t have 50 stars until Alaska was addd in 1959 and then Hawaii in 1960.

Though Potter fans are familiar with the wizarding world, little is actually known about Scamander. According to the “About the Author” section of the book, he was born in 1897 with his interest in fabulous beasts encouraged by his mother, “who was an enthusiastic breeder of fancy Hippogrifs.” Scamander, who spent his years at Hogwarts as a Hufflepuff, later worked for the Ministry of Magic in the Department for the Regulation and Control of Magical Creatures. He also worked in the Office for House-Elf Relocation and in the Beast Division, creating the Werewolf Register in 1947 and the Ban on Experimental Breeding, “which prevented the creation of “new and untamable monsters within Britain.” He also worked for the Dragon Research and Restraint Bureau, which led to many research trips abroad.

While Scamander’s story will not sync up with Harry’s, it’s worth noting that his grandson, Rolf Scamander, married Luna Lovegood, a member of Harry’s crew who made an appearance alongside her husband in Rowling’s surprise story posted to fansite Pottermore in July. Emma Watson’s Potter character Hermione would not have even been born during the time the film takes place, but the actress has said she’s up for a cameo nonetheless.

If you’d like to brush up before the film is released, Albus Dumbledore, who penned the forward to the book, writes that the edition can be purchased for two galleons at Flourish and Blotts as well as in Muggle Bookshops. 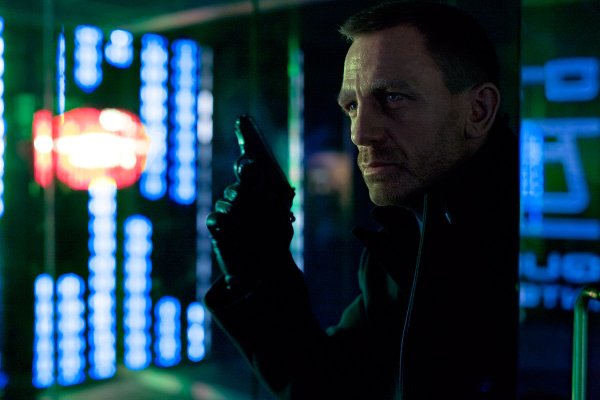