Apple TV Review: Is This Really the "Future of TV?"

Imagine you’re watching a movie with a crowd of particularly rowdy friends, and a conversation breaks out during a crucial plot point. The main character just made the revelation you’ve been waiting for, but you missed it. “What did he say?” you ask while holding down a button on your remote control—at which point the film is automatically rewound 15 seconds and dialogue titles pop up on screen temporarily.

That’s one of many things Siri can do for you on the new Apple TV, which went on sale Oct. 26. The device costs $149 for a model with 32GB of storage and $199 for one with 64GB. It’s Apple’s first streaming box to come with support for Siri, the company’s digital personal assistant. Users can search for movies and TV shows, ask questions (related to a particular program or otherwise), and skip around just by speaking into the remote. It’s the first time Apple has included an iOS-like App Store on one of its TV boxes. And, for the first time in the eight years the company has been selling the Apple TV, the firm is calling the device much more than a mere “hobby.” It says it’s the future of television.

Apps for the TV

Among the biggest changes to come to the Apple TV is its new App Store, home to games, recipe apps, shopping services, and much more. In the past, Apple TV came with pre-installed apps for viewing content, such as Netflix, Hulu, and other media apps. Now, Apple is encouraging developers to create other types of apps that are optimized for the TV, much like they do for iPads, iPhones and iPods. Airbnb, Yummly, and QVC are among the first to do so.

Apple believes that the future of TV is apps, and that the modern television is in need of a reinvention. The earliest apps for the Apple TV show a lot of promise for how that vision could revamp interacting with your TV but, at its core, the device is still primarily meant for entertainment.

It’s clear that developers thought about how to build apps for the TV that aren’t just scaled up software for iPhones or iPads. I was impressed with how well games worked since it required app creators to completely rework controls for the Apple TV’s remote rather than a touchscreen.

Take Madefire’s comic-book reader: It’s an example of an app that translates particularly well to the TV. It adds music, dramatic sound effects, and motion to comics that make it feel like a more immersive experience, almost like watching an animated cartoon.

In general, though, the App Store doesn’t yet add a level of value that would make me choose it over something cheaper like an older Roku model. Apple isn’t the first to bring apps to the TV—Roku and Amazon’s respective devices also offer them. The difference here seems to be that Apple has more to leverage: developers can leverage work they’ve put into creating apps for the iPhone and iPad to bring software to the Apple TV.

In terms of available video content, the Apple TV offers most of the popular apps available on competing devices, such as Netflix, Hulu, HBO Go and HBO Now, Showtime, and others. It also has iTunes TV shows, movies, and Apple Music, the company’s Spotify competitor. The one main service it’s lacking so far is Amazon Instant Video, which will be a disappointment if you’re an Amazon Prime member. (Amazon could release an app for the TV App Store, the way it has for iPads and iPhones.)

Apple’s signature attention to detail is just as present in the new Apple TV as it is in the company’s MacBooks and iPhones. App icons and movie posters in the user interface slightly rotate as you move your thumb from side to side on the new remote, similar to the parallax effect Apple introduced to the iPhone back in 2013. The effect is subtle, gorgeous, and pleasant.

There’s also a selection of screensavers that Apple created for the Apple TV. They were recorded specially for device, similar to the way Apple shot hours of footage of flowers blossoming and jellyfish swimming for the motion watchfaces on the Apple Watch. The new interface is slick and fast and, overall, feels much more modern.

The revamped remote, which comes with a touchpad that makes navigating the TV’s user interface as natural as using your iPhone, is really comfortable and sleek. It’s easier to zip throughout the user interface without having to glance down at the remote to make sure you’re pressing the right button. The touchpad is responsive and fluid, although there is a slight learning curve. When I first began using the new Apple TV, I would occasionally slip past the app I wanted to use as I was getting a feel for the touchpad’s sensitivity. (It can be adjusted to your liking in the Apple TV’s settings app.)

With the new Apple TV, it’s clear that Apple tried to eliminate some of the pain points when it comes to interacting with your TV—such as entering text manually with the remote control, which often takes multiple button presses. Some competitors, such as Roku, have addressed this by allowing you to type in passwords on your smartphone’s keyboard in the Roku app rather than scrolling between letters on your TV screen.

That option isn’t always available with the Apple TV, but the company has come up with a clever way to set up your device that’s quick and easy. Simply turn on Bluetooth on your iPhone, and hold your iPhone over the Apple TV for a few seconds. The set top box then grabs information from your phone, such as your Apple ID and Wi-Fi network, so that you’re ready to go upon plugging it in.

Unfortunately, there are still some cases in which you’ll have to use the on-screen letter selector to enter text, and it’s still tedious. But between Siri’s voice controls and the new setup process, it’s evident that Apple tried to make it so that you’d have to enter as little text as possible.

Siri on the Big Screen

Voice search isn’t revolutionary—Apple is playing catch-up in that regard since the Fire TV, Roku, and Xbox One already offer something similar. You can also ask Siri for things like the weather and sports scores, similar to the way Amazon’s voice-enabled assistant Alexa works on the Fire TV.

Where Siri really shines, however, is in specific voice searches and tasks. Siri can sort TV shows and movies by actor, genre, and title, and you can further refine searches to get even more targeted results. For example, if you search for “movies starring Leonardo DiCaprio,” you can narrow down your results by following up with something like “Only show me the drama movies” to see dramas starring DiCaprio. Or “only the good ones” to find the most highly rated by critics (including TIME).

The best Siri feature is the aforementioned ability to skip back by a few seconds to re-watch a scene you may have missed. Speaking “What did he say?” into the remote tells Siri to rewind by about 15 seconds. Siri turns on closed captioning for that specific scene and turns it off once the show has reached the point where you initially asked it to rewind, which is useful for seeing exactly what a character has said. You can also tell Siri to fast forward by 10 minutes if you don’t feel like using the touchpad to scrub through scenes to find the exact moment you want.

One area where Siri is somewhat lacking is in finding content that’s similar to something you’ve watched. If you search for a particular title, the Apple TV will bring you to a delightful landing page that displays a synopsis of the movie or TV show, lists episodes and seasons for TV shows, shows cast members, and which apps contain that particular title.

You can find related content here, but the suggestions seem to be more based on cast members than genre. For example, when I looked for TV shows similar to Family Guy, it pulled up TV shows such as Wilfred, Dads, and a few anime cartoons, which seemed like odd choices to me. It did pull up The Cleveland Show, which makes sense given it’s a Family Guy spinoff, but that was the only truly relevant suggestion. I expected to see other comedy cartoons such as American Dad or The Simpsons.

In the future I’d love to see Siri on Apple TV become more contextual and personal just like it has on the iPhone. I could imagine Siri offering up suggestions for apps to download based on the ones I use the most and TV shows or movies to try based on my search history. For now, Siri improves the overall viewing experience by making it easier to find specific shows or movies and enhancing playback controls, but I can’t wait for Apple to take it a step further.

Overall, the Apple TV is a big step up from its predecessor. It’s speedier, the interface is smoother, Siri is really helpful on the TV, and it has an App Store with a lot of promise. It’s a great choice if you’re looking to splurge on a high-end set top box and already find yourself enmeshed in Apple’s iTunes ecosystem.

There are a few shortcomings, however. It doesn’t support 4K video. That isn’t a complete deal breaker since not much content is optimized for 4K viewing anyhow. Still, given the Apple TV is among the most expensive streaming boxes on the market, it would have been a nice addition. The lack of Amazon content it also a bummer, especially now that Amazon is making its own excellent shows like Transparent.

The Apple TV certainly has plenty of perks. As apps evolve and become more useful on the TV, I’m sure those perks will become even more compelling. 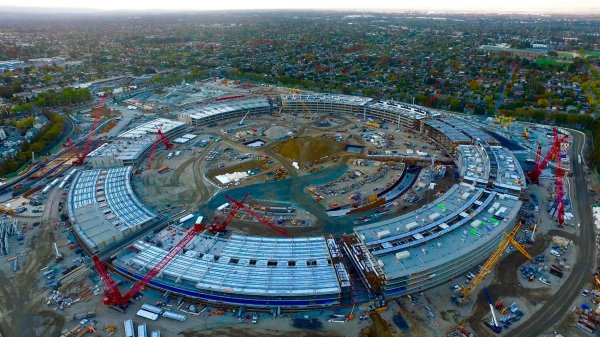