Halloween costumes and goods for sale at a thrift store in Colorado on Sept. 18, 2015.
Anya Semenoff—Denver Post/Getty Images
By Ashley Ross

The response was swift, with the Internet protesting its transphobic presentation, although Jenner told Matt Lauer she doesn’t find it “offensive at all.”

And dressing up like Jenner isn’t the only thing upsetting people as Halloween approaches. Pretty Little Liars actress Ashley Benson apologized after posing in a Cecil the Lion costume on Instagram. Amazon reportedly pulled a costume called “Lady Boy Drag” from its U.K. site after users cried foul. And Walmart removed two costumes from its online store after receiving complaints that the outfits were anti-Semitic.

In past years, people have dressed up as everything from Ebola patients and Malaysian Air flight attendants to Trayvon Martin and Orange Is the New Black characters (using black face paint).

“I’m not surprised by what’s coming up,”says Johnathon Weeks, founder of costume retailer Costumeish. “And we do develop and design things that are obviously controversial.”

In 2013, a woman in the Midwest sparked viral outrage after she dressed up like a Boston Marathon bombing victim. “When you’re not close, whether that’s in time or actual physical distance, there’s just less of an empathetic connection that exists there,” says Peter McGraw, who co-wrote the book The Humor Code: A Global Search for What Makes Things Funny.

Why people think the controversial costumes are good ideas is tied to a theory that things that are funny are things that are wrong, McGraw says. “There’s a passage of time that makes some violations more benign. It removes all of the threat associated with it and transforms tragedy into comedy.”

Still, a line tends to be drawn. Weeks says Costumeish uses a search engine tracker to figure out what customers are looking for. One person suggested he sell a Twin Towers costume, which he refused. But he rarely turned customers down. “As they want more controversial costumes, we’ll keep building them and selling them,” he says. 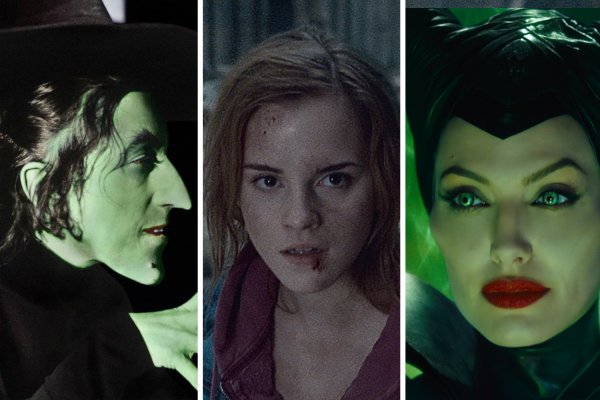 Which Witch Are You?
Next Up: Editor's Pick