The numbers are in, and the outsider candidates are winning.

Third quarter campaign finance reports were due in by midnight and the results weren’t great for establishment candidates. Three of the top four GOP fundraisers are outsider candidates, led by Ben Carson with $20.7 million raised—though he spent about half that sum simply on fundraising appeals. Jeb Bush followed with $13.4 million, Ted Cruz with $12.2 million, and Carly Fiorina with $6.8 million. Donald Trump, who has pledged to self-fund his campaign didn’t have to this quarter, raising $3.9 million in unsolicited funds to cover the cost of his shoe-string campaign. Cruz tops the race for cash-on-hand, followed by Carson, Marco Rubio, and then Bush—all possessing north of $10 million in the bank. Lagging in the money race were the governors, Chris Christie and John Kasich, who raised $4.2 million and $4.4 million respectively, and Rand Paul, who raised just $2.5 million as he has dropped precipitously in polls.

Across the aisle, Bernie Sanders is giving Hillary Clinton a run for her money, raising $26.2 million to her $29.9 million. She also has more cash on hand, at $33 million to Sanders’ $27 million, which she is burning through at a brisk clip. (In case you were wondering, Lincoln Chafee raised $11,336 in the third quarter. He owes himself $364,000.)

The fundraising numbers are just the latest confirmation of what the polls show: the bipartisan frustration with mainstream candidates—more acute in the GOP—is driving support and dollars to candidates who pledge to overthrow the current political order. The cash gives these candidates what polls don’t—the ability to act on their agendas, enabling them to stay in the race far longer than many would have expected just months ago.

Obama Loses ‘Peacemaker’ Legacy
A president who sought to end wars has found himself prolonging them instead. [Politico]

“As a Floridian, I’m a little disappointed, because he’s missing, like, 35 percent of his votes. And it’s just, kind of, like, dude, you know, either drop out or do something, but we’re paying you to do something, it ain’t run for president.” — Jeb Bush, Jr. on Sen. Marco Rubio at a campaign event for his father Thursday in New York, escalating the campaign’s war of words with the former Bush ally

Jeb Bush Talks to TIME about Being a Joyful Grinder [TIME]

These Two Charts Explain Why Scott Walker Dropped Out [TIME] 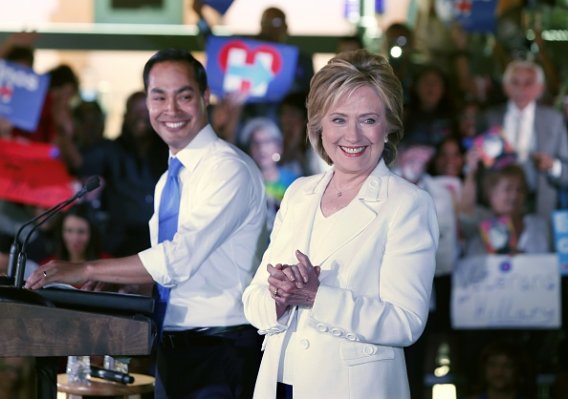