Yemen’s Houthi rebels have confirmed their commitment to a peace plan aimed at ending the country’s months-long conflict, according to the U.N.

“This is an important step,” Stéphane Dujarric, the U.N. Spokesperson for the Secretary-General, told a press briefing on Wednesday, explaining the Houthis stand behind April’s U.N. Security Council resolution 2216, which calls for rebels to withdraw from areas they captured, surrender any seized arms and respect Yemen’s political transition.

The U.N. special envoy for Yemen, Ismail Ould Cheikh Ahmed, welcomed the latest development. He will travel to the region on Thursday, “in order to gain the support of the government of Yemen, the Houthis and of the regional powers” for further peace talks, Dujarric said.

Negotiations hope to bring an end to the violence that erupted when Houthi rebels stormed Yemen’s capital, Sana‘a, in September 2014, eventually forcing President Abdel Rabbo Mansour Hadi to flee the country in March 2015. A Saudi-led coalition has since supported the President with air strikes against the rebels. Hadi returned to Yemen late last month.

Civilians are increasingly suffering the consequences of the spiraling violence. More than 2,300 civilians have been killed and millions more are in need of humanitarian assistance, according to the U.N. Office of the High Commissioner for Human Rights.

Dujarric said the U.N. has a “very high concern for the fate of civilians in Yemen, whether it’s due to aerial bombardments or other attacks.” 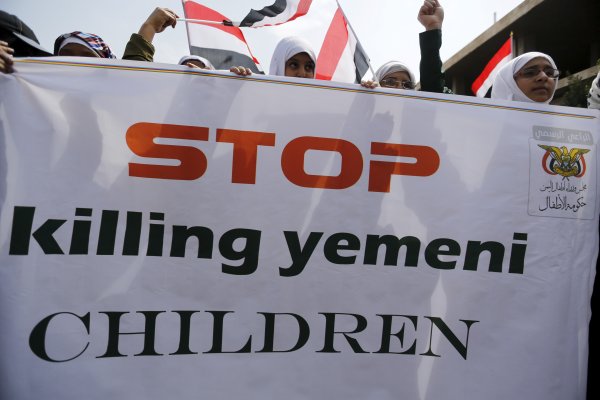