How Oktoberfest Has Weathered Stormy Times

These days, Oktoberfest is a 16-day beer-for-all at Munich’s historic fairgrounds—but when it got its start 105 years ago, it was simply the world’s best wedding reception.

When Bavaria’s Crown Prince Ludwig married Princess Therese of Saxony-Hildburghausen on this day, Oct. 12, in 1810, Munich residents celebrated with horse races and several days of drinking and feasting. It went over so well that they repeated the festivities the following year. They’ve done the same (almost) every year since. The event, which draws about 6 million tourists every year, pours more than 7 million liters of local beer down attendees’ gullets and more than $1 billion a year into the local economy. But the Bavarian beer bash has had a few hiccups along the way.

1854: Organizers were forced to cancel Oktoberfest in the face of cholera outbreaks that killed thousands in Munich and ravaged other cities across Europe. Another wave of the waterborne illness preempted the festival in 1873.

1923 and 1924: Hyperinflation squelched the festivities for two consecutive years when, per PBS, “the exchange rate… was one trillion Marks to one dollar, and a wheelbarrow full of money would not even buy a newspaper.”

1980: A neo-Nazi extremist detonated a hand grenade packed with nails in the midst of the celebration, killing 13 revelers and wounding more than 200 in what the New York Times called Germany’s deadliest-ever right-wing terrorist attack.

2007: Officials banned American heiress Paris Hilton from attending Oktoberfest the year after she appeared in Munich, wearing a dirndl, to promote her newly launched canned wine. Although the festival does have a wine tent, locals didn’t appreciate Hilton’s particular brand of self-promotion, which they said “cheapened” the event.

This year may belong on the list as well. The festival, which concluded earlier this month, wasn’t canceled—but its timing, alongside a massive influx of refugees arriving in Germany by train, helped prompt the country’s decision to impose emergency border controls in mid-September. As TIME explained:

Read more about this year’s Oktoberfest, here on TIME.com

Read more about the history of Munich, here in the TIME archives: The Young City 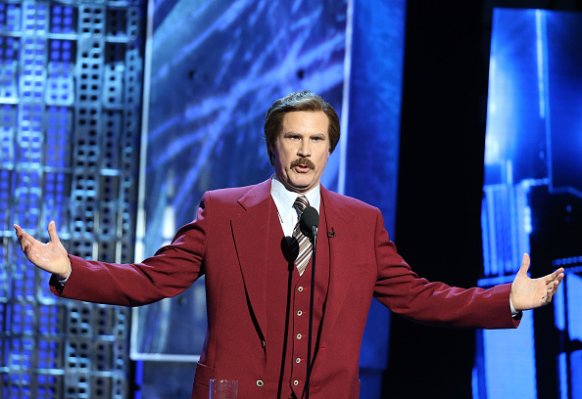 Will Ferrell–Themed Bar Opens in New York City
Next Up: Editor's Pick