The Importance of Properly Staffing Your Team

I met up with a friend a while back who was running a super lean startup team. It was a team of around 10-15 people, working long days, six days a week. He shared some insight into a few problems he was facing at the time due to the team being overwhelmed. I can see the appeal of running at capacity, since staying efficient is key. In the early days at HelloSign we ran really lean, but we were never this lean. As soon as the first employee joined we stopped running so lean because we realized there are very serious costs to being understaffed.

Here are the major downsides you risk by running short-staffed and overwhelmed:

1. Anything can disrupt the team

When you have no slack in the organization even the slightest hold up can have major consequences. Let’s say someone gets sick and can’t work for three days. This is a pretty common occurrence, but since everyone else is already working at capacity, there is no one to pick up the extra work. This has a domino effect on the entire organization. It’s very important that there’s some leeway in the organization to account for life’s unforeseen circumstances.

2. No flex for someone leaving

To expand on my first point, imagine everyone working six days a week at capacity. You’re barely keeping up. Then, imagine if someone leaves the company. There’s not enough bandwidth to absorb the responsibilities of the role. So, with just one less person, everything would fall apart.

You’ll end up losing people to burnout or they’ll end up leaving the company for another role that’s less intense somewhere else. The people that do burnout and stick around will likely be less effective. Burnout is like overdrawing on your credit card — once you’re in the red, it takes a long time just to get back to break even.

When all of these burnt-out employees are working at capacity, it can result in not being able to think clearly. Even worse, there’s so much immediacy felt throughout the organization that no one has the breathing room to plan for the long term. Instead, people micro-optimize and only think short term. Without long-term planning, the company lacks vision and direction.

If a great opportunity arises but you don’t have the bandwidth to pursue it, you’re forced to miss out — whether it’s a chance to become a launch partner with a large company, a revenue opportunity or something else. If we ran too lean, we wouldn’t have had the bandwidth to develop our API, which has been a huge source of growth. That would have been a missed opportunity.

Ever talk to someone on a Friday night after six consecutive 14-hour workdays? They give you a blank stare and talk like a toddler. It’s just not an effective way to work, nor is it healthy for the employee. This can also lead to employee turnover (see #3).

Always running at max capacity means people won’t have energy for when you need to push harder. This means a lot of missed opportunities.

If everyone is maxed out and you have a chance to grow, you’ll first need to grow the team to meet current needs before meeting growing needs. That can slow you down as a company.

I got dinner with that same friend a few months later. After our initial conversation he grew his team a little more, even though they were strapped for cash. Apparently, it had a huge impact on effectiveness.

Now that he’s fully staffed and his team is less overwhelmed, I’d recommend he take the company to the next level.

While running a lean team has it’s benefits, it’s important to know the limits. When teams are too lean, the consequences are huge. The good news is that the problem is completely preventable. If possible, hire every role one month before needed. It can mean the difference between success and failure as a startup.

Joseph Walla is the CEO and co-founder of San Francisco based startup HelloSign. 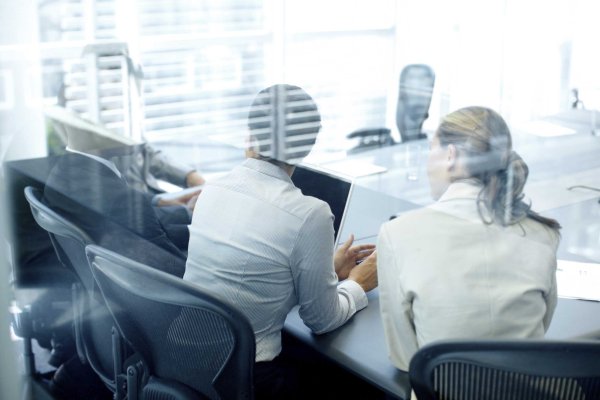 Having Women in the Boardroom Is Good for Business
Next Up: Editor's Pick