Why New York City Will Be Flooded More Often

Flood risk in New York City has increased in recent decades due to human-caused sea level rise and the related storm surge that occurs during cyclones, according to a new study. Climate change threatens to exacerbate the risk storms pose to the largest city in the United States.

Researchers, writing in the journal PNAS, evaluated sediment at different points along the shore in New Jersey to compare sea levels between 1970 and 2005 and sea levels between 850 and 1800. Prior to 1800, a flood that was 2.25 m (7.4 ft) above sea level occurred once every 500 years. Since 1970, a storm of that size occurs approximately every 24 years.

Sea levels rose slightly between 850 and 1800 due to natural causes that include melting glaciers, according to Reed. Scientists have shown such changes to be part of the natural variation in sea levels. But the rate of rise pales in comparison to recent decades, when sea levels have risen by 2 millimeters (.08 inches) per year on average. Nearly 90% of that rise has been the result of human activity, research has shown.

The study, which comes just a month before the three-year anniversary of Hurricane Sandy, adds to evidence showing the importance of investments in disaster preparedness. Sandy killed more than 200 and caused $75 billion in damage. That storm would have been a once-in-3,000 year event a few centuries ago, but today it’s once in 130-year storm, according to Reed. 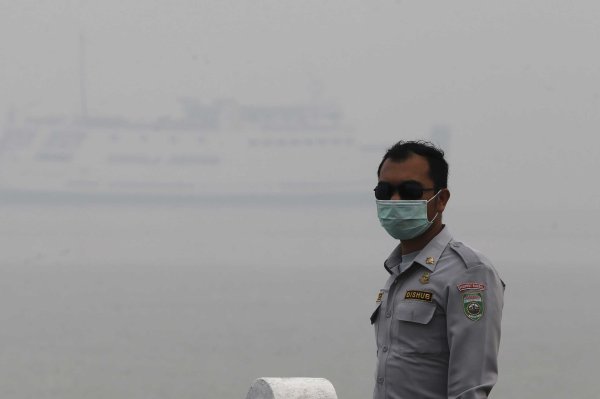 Current Commitments Not Enough to Address Climate Change Despite Optimism
Next Up: Editor's Pick