The Amount of Water You Actually Need Per Day

Eight, 8 oz. glasses of water a day: it’s a rule that’s been burned into our brains for years as the ideal amount of fluid to drink each day. Yet no matter how many times experts say that’s not quite accurate, many still believe “8×8” is the magic amount.

The truth: How much water you should drink each day really, truly depends on the person, Robert A. Huggins, Ph.D., of the University of Connecticut explained to Health. “Fluid needs are dynamic and need to be individualized from person to person. Factors such as sex, environmental conditions, level of heat acclimatization, exercise or work intensity, age, and even diet need to be considered.”

What this means is that simply listening to your thirst is the best way to gauge when to drink. Another way to monitor hydration is to look at your pee before you flush. You want it to look like lemonade; if it’s darker than that, you should down a glass.

But what about exercise?

To gauge how much water you specifically should take in during exercise, Huggins recommends doing a small experiment on yourself.

First, before you work out weigh yourself wearing with little to no clothing. “If you can, [make sure you’re hydrated beforehand] and avoid drinking while you exercise to make the math easy,” Huggins says. But if you get thirsty, don’t ignore it: drink some and make sure to measure the amount.

After you’re done exercising, weigh yourself again. Then, take your first weight and subtract the second weight, and you’ll end up with how much fluid you lost. Convert this to kilograms (if you search it, Google will return the number for you or try a metric converter), then drink that amount in liters. (If you drank some water during exercise, subtract the amount of water you drank from your final total.)

This is your “sweat rate,” Huggins says. It’s the amount of water you should drink during or after your next workout to replace what you’ve lost. (You can also use an online calculator for sweat rate; just plug in your numbers.)

Complicated much? We agree. Huggins estimates that most people lose between one to two liters of sweat for each hour of moderate intensity exercise. But ultimately thirst should still be your guide.

Why it’s important to get the right amount

You already know that dehydration can be dangerous, but over-hydrating may actually be just as bad.

In fact, a new consensus report in the British Journal of Sports Medicine found that many athletes are at risk of exercise-associated hyponatremia, which is an electrolyte imbalance that can be caused by drinking too much liquid. This can lead to nausea and vomiting, headaches, fatigue, and in serious cases, coma and even death.

While it was previously thought to only be a concern for long-distance athletes competing in events like marathons and Ironmans, the paper (which was funded by CrossFit, Inc.) concluded that many athletes are actually dangerously over-drinking during events as short as 10K races and even bikram yoga classes, Tamara Hew-Butler, Ph.D., lead author of the paper, explained to Health.

Because “it is impossible to recommend a generalized range especially during exercise when conditions are dynamic and changing, there is not one size that fits all!” she adds.

So the best method to keep you in that sweet spot between over- and under-hydrated is, as with many things, to listen to your body. 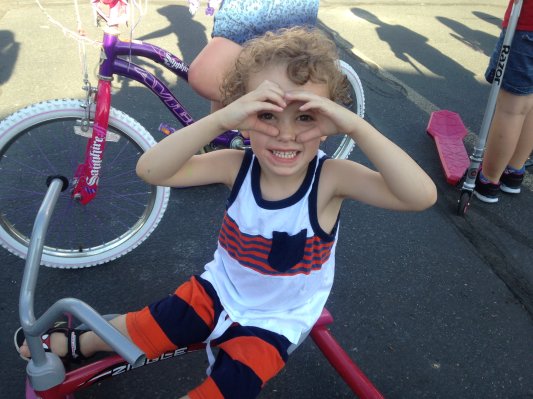 How a Child Was Poisoned by Tainted Cucumbers
Next Up: Editor's Pick