The Lammily doll—the so-called “Normal Barbie” with realistic body proportions—is joining the ranks of women everywhere: she’s getting her period.

But she’s more than prepared for this crucial rite of passage, thanks to the $10 Period Party extension kit. Described as “the fun way to explain the menstrual cycle to kids,” creator Nickolay Lamm wants to start a conversation about periods and the stigmas that surround it.

“It’s just what happens in real life,” Lamm told TIME. “We wanted to put it on the doll so it’s not a scary thing.”

Which is why the kit comes with an educational pamphlet explaining what to expect from a menstrual cycle plus a pair of doll underwear, 19 colored pads, a calendar and stickers to track periods.

The video ad for the Period Party kit shows why young girls might prefer to learn about their menstrual cycles from their doll rather than their parents.

A graphic designer turned toymaker, Lamm created the Lammily Doll in 2014, which comes with a sticker-extension pack to add other things that can be seen as taboo, like cellulite, freckles, acne, scrapes, bruises, scars and moles.

“I don’t want to make this a whole political project or anything, but I think when [Trump] said that it was just an example of the overall culture where menstruation is very taboo, and not only taboo, but some people use it as an insult,” Lamm says.

The Lammily doll is dubbed “Normal Barbie” because of her normal shape, modeled after an average 19-year-old woman’s measurements, based on CDC data. The doll starts at $25, with extension packs and extra fashion options starting at $7. 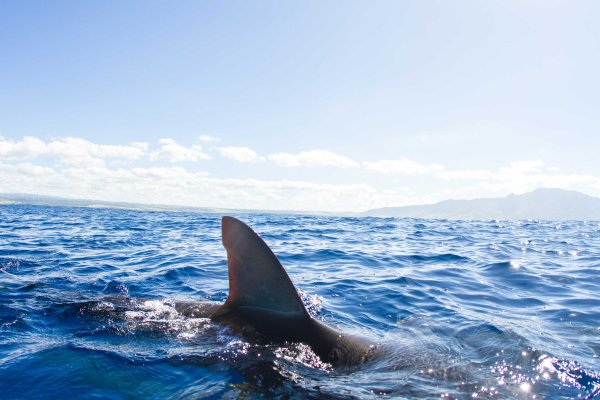 Watch a Fisherman Fend Off an Aggressive Shark With a Paddle
Next Up: Editor's Pick