The new “Do It for Denmark” campaign is just what it sounds like: an initiative encouraging couples to have sex—and make babies—for the good of the country.

The campaign, reminiscent of a cheesy song from “Grease 2,” was launched by the travel operator Spies Rejser, which claims that it is simply doing its share for an extremely important cause: helping couples get busy. “Do It for Denmark” offers couples the opportunity to book vacations with an “ovulation discount,” and those who prove they conceived while on holiday are eligible to win a three years’ worth of baby supplies, as well as a child-friendly vacation in the future. The point—beyond generating media attention and booking more vacations—is to combat a low birth rate that has been described as “approaching epidemic levels” in Denmark.

The company points to research indicating that 46% of couples have more sex on vacation, and that 10% of all Danes are conceived while couples are away from home. “Do It for Denmark” is hardly the first or only campaign making the case that a hotel or resort is the perfect spot for procreating, for the good of a country’s future or otherwise. In the late ’00s, a range of hotel companies and tour operators latched onto the idea that there was a strong demand among couples for “procreation vacation” packages, or “conceptionmoons,” if you’d rather. As the Wall Street Journal noted, the trend was largely an extension of other ‘moon vacation ideas, including “babymoons” (a last vacation before a baby arrives), “anniversarymoons” (basically another honeymoon on a big wedding anniversary year), and “divorcemoons” (a celebratory trip after a split).

(MORE: Snickers Ad Manages to Be Sexist to Both Men and Women)

Much larger pro-procreation movements have been undertaken by nations seeking to kick lackluster birth rates into higher gear. The most notable—and certainly, memorable—took place last year, when R&B greats Boyz II Men played in Moscow before Valentine’s Day, supposedly to help Vladimir Putin in his quest to boost the country’s birth rate, which has been falling for decades. While it was unclear it Putin had anything to do with the booking of the “I’ll Make Love to You” crooners, Slate pointed out that the Putin era has been filled with baby-making and pro-family initiatives, including the introduction of special holidays more or less created for the purpose of conception and cash bonuses for moms having second kids. In Asia, Singapore and South Korea have tried to hike birth rates with big discounts on childcare and a commercial featuring a rap song proclaiming how inherently patriotic it is to make babies.

Then there’s France. A wide range of pro-family policies, including tax breaks, generous maternity leave, and discounts on train travel and other services, was credited for helping France achieve the second-highest fertility rate in Europe in the mid-00s, 1.94 children born per woman, the Washington Post reported. 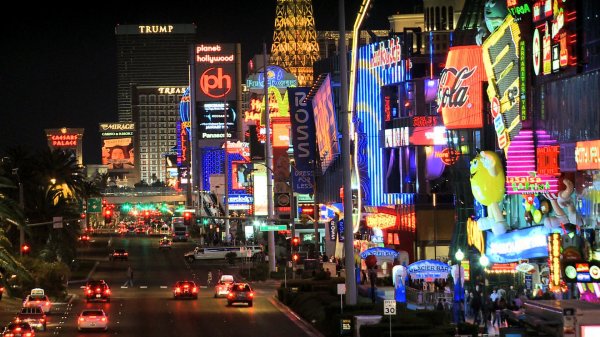 Think Your Local Tourism Slogan Is a Stupid Waste of Money? You're Not Alone
Next Up: Editor's Pick