Kanye West may think of himself as the modern renaissance man, expanding his empire from music to fashion to even a possible run for President. However, his quest for world domination occasionally irks a few mortals en route — most lately a couple of up-and-coming designers who the rapper booted out of their scheduled time slots at New York Fashion Week.

Fashion Week, held from Sept. 10 to 17, is seen as the prime opportunity for fledgling fashion designers to gain exposure. Bowen who, like Kanye, designs a streetwear line, was planning on launching her new line, Nomad VII, on Wednesday, inviting the media with hand-written notes months in advance to try to gain traction, according to WWD.

Bowen says that she has now been forced to push her date forward by a day. As a result, Bowen claims that she’s not only had to completely rejig all of her schedules but also her entire publicity plan at great expense.

“We have been prepping for a year for this at considerable financial, labor- and commitment-cost to our company. Our show date has been scheduled for months and has been on the Fashion Calendar for weeks,” Bowen told WWD. “It’s like we are David and he is Goliath. We have put our heart and soul into our show, and should not be stepped on like this.”

Naeem Khan had not commented at the time of publication. 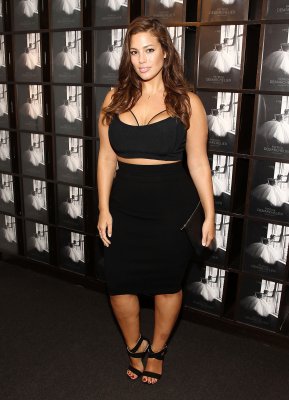 Meet the Woman Who’s Putting Real Curves on the Fashion Runway
Next Up: Editor's Pick