Prepare for the Two Hottest Years on Record, Report Says

This year and next will likely be the hottest on record, new research suggests, the latest sign that a so-called hiatus in global warming has ended.

The report, published by the British Met Office, predicts that this year’s occurrence of El Niño will exacerbate global warming, leading to the hottest years on record in 2015 and 2016. El Niño, a climate phenomenon that occurs sporadically, increases rain in some ares in the Pacific region while also driving up temperatures. Recent forecasts have suggested that the strongest El Niño ever recorded has developed and will likely last into next year.

The two years of record temperatures will be sufficient to end a slowdown in temperature change that occurred in the first decade of the 21st century, according to the report. While global temperatures continued to rise between 1998 and 2012, they did so at a rate less than half as fast as between 1951 and 2012, according to a 2013 report from the Intergovernmental Panel on Climate Change. Scientists have explained that slowdown as the consequence of volcanic eruptions and climate patterns in oceans, among other things.

Read More: Here’s What Using the World’s Remaining Fossil Fuels Would Do to the Antarctic Ice Shelf

But whatever the reason for the hiatus, the Met Office, the U.K’s national weather service, says temperatures are again rising rapidly. Last year was the hottest on record, as were the first six months of 2015.

Climate change skeptics have pointed to the hiatus as evidence that policies designed to combat global warming are unwarranted. But Met Office researcher Adam Scaife, a report author, says that the influence of changing climate patterns doesn’t diminish the impact of humans on the climate. “A lot of things can occur without the influence of human beings,” Scaife told a conference call for journalists, according to Reuters. “However, they are now occurring on top of the influence coming from man’s activity.”

The findings come in advance of a United Nations conference on climate change this November. Climate advocates hope the summit will yield the first ever agreement binding countries to concrete measures to reduce emissions of the greenhouse gases that cause climate change. 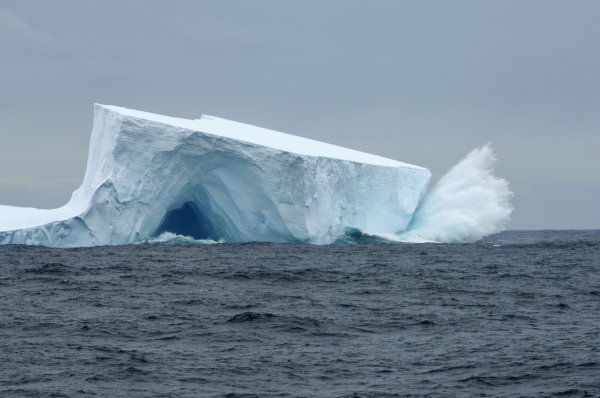 Study: Fossil Fuel Use Could Dramatically Raise Sea Levels
Next Up: Editor's Pick