Game of Thrones just chalked up one more casualty — Amanda Peet’s marriage. The actress, who is married to showrunner David Benioff, stopped by Jimmy Kimmel Live! on Wednesday night to discuss her feelings over the death of a certain character. [Spoilers below for those not caught up on the show.]

In Peet’s opinion, if anyone should have been able to prepare their spouse in advance for the untimely murder of Jon Snow, it should have been her husband. And yet, when Snow’s brothers in black turned on him, Peet was just as shocked and horrified as the rest of us, which is grounds for divorce in most states (and all of Westeros). “I’m in the process of getting divorced,” she told Kimmel.

While Kimmel was surprised by the lengths that Benioff would go to maintain a separation between Game of Thrones and marriage, even turning his computer away from her to watch the dailies coming from the set, Peet kindly downplayed his outrageous behavior. “It’s a little bit like being married to someone in the CIA or something, except for not as important,” she said. 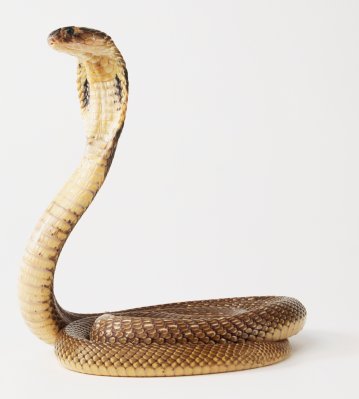 A King Cobra Is on the Loose in Florida
Next Up: Editor's Pick