Victims of Hurricane Katrina stay at the Astrodome stadium where 16,000 evacuees were receiving food and shelter in Houston on Sept. 4, 2005.
Carlos Barria—Reuters
By Justin Worland

Hurricane Katrina surprised disaster preparedness authorities when it made landfall 10 years ago, leveling entire communities and killing more than 1,800 people. The storm caused more than $100 billion in damage, making it the costliest natural disaster in U.S. history. But for all the damage the storm caused in New Orleans, Katrina was a relatively weak hurricane when it hit the city.

The phenomenon of storm surge plays an essential role in the worsening effect of hurricanes. Storm surge occurs when waters rise above their normal level during a storm and wind and weather conditions push that water onto shore. Thanks to global warming and rising sea levels, the potential for ocean water to be washed ashore by a storm surge has risen as well.

During Katrina, storm surge pushed ashore the water, causing levees to fail. The storm was recorded as a hurricane of category 1 or category 2 strength when it hit New Orleans, relatively weak for such a devastating hurricane. But the storm surge reached as high as 12 feet in some places, creating flood conditions across the city and wreaking havoc with the city’s levee system. Hurricane Sandy, which hit the New York City in 2012, cost $2 billion more due to sea level rise than it would have otherwise, according to a RAND report.

“The strong winds in Katrina essentially blew water from the gulf up across southern Louisiana,” said Hugh Roberts, associate vice president at ARCADIS, a firm that has consulted on Louisiana’s rebuilding efforts. “Once it hits land, it begins to build up.”

In the future, rising sea levels will only exacerbate the storm surge problem. Around the globe, sea levels are estimated to rise 1 to 3 feet by 2100 due to climate change, and researchers say that in places like New Orleans 1 foot of sea level rise may lead to a 3 or 4 foot storm surge rise.

While scientists have come to a consensus about how storm surge will affect cities, research on how climate change affects hurricane strength and intensity remains unclear, and no findings have been positive. Many peer-reviewed studies suggest that warmer weather in tropical oceans has increased the frequency of tropical storm activity, though not necessarily the intensity. Others suggest that climate change has made storms more intense. Still other research has suggested that future storms will be both more frequent and more intense.

The projection of more frequent and more intense hurricanes might surprise even the causal weather observer. Indeed, a major hurricane of category 3 or higher hasn’t hit U.S. soil since 2005, according to a study from earlier this year. But the so-called hurricane drought shouldn’t be viewed as an indication of what’s to come. This year’s strong El Niño will likely reduce the chance of powerful hurricanes.

Increased hurricane risk due to climate change presents a unique challenge for policy makers. While the federal government has promoted cuts to greenhouse gas emissions in hopes of slowing climate change, preparing for more dramatic storms requires local solutions. Even if countries around the world stem global warming, sea level rise will occur.

“There is not uncertainty about sea level rise,” said RAND researcher Jordan Fischbach, who led a Louisiana flood risk assessment team. “As we get more sea level rise, these large storm events will with certainty damage to assets and people.” 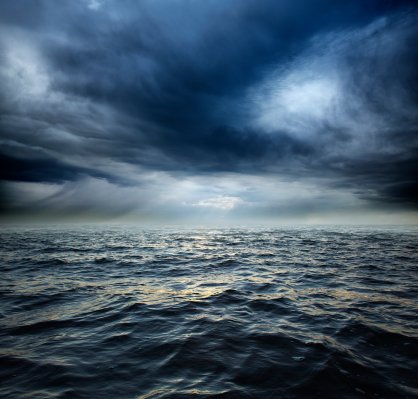 Sea Levels Have Risen 3 Inches Since 1992
Next Up: Editor's Pick