This Graphic Shows Why We Still Need Women’s Equality Day

By Heather Jones and Charlotte Alter

Wednesday is Women’s Equality Day, which celebrates the 95th anniversary of when American women finally won the right to vote in 1920.

That victory came after decades of activism by suffrage activists like Susan B. Anthony, Elizabeth Cady Stanton, and Lucretia Mott. The 19th amendment, which granted women the right to vote, was passed by Congress in 1919, and was ratified by the states in 1920—but not without some drama. By March of 1920, 35 states had approved the 19th amendment, one state shy of the two-thirds needed to pass. Many of the southern states were opposed to women’s suffrage, and the vote came down to Tennessee. Tennessee’s state legislature was divided 48-48 on whether women should be allowed the vote, but that tie was broken by 24-year old lawmaker Harry Burn. He had apparently received a letter from his mother urging him to “be a good boy” and vote for women’s rights.

Ninety-five years later, women are voting more than men but hold political office in much smaller numbers. While women have outstripped men in voting booths since 1980, women still make up just about 20-25% of elected officials at the state and federal level. Check out this graphic to see a more detailed breakdown of how women are represented in politics 95 years after they got the right to vote. Much of the data has been collected by the Center for American Women and Politics at Rutgers University.

Read next: The Day Women Went on Strike 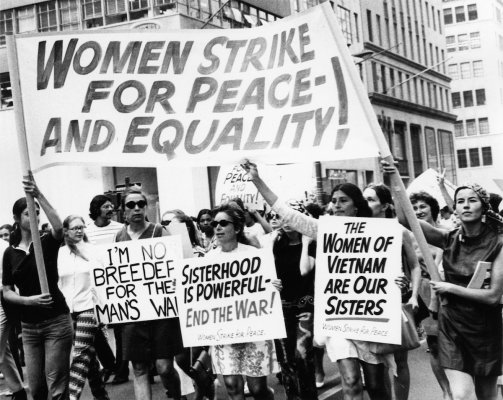 The Day Women Went on Strike
Next Up: Editor's Pick