The Coca-Cola company has identified the culprit behind America’s weight problem. And it wants to put the blame on….you.

The world’s largest producer of soda is pouring money into a nonprofit organization called the Global Energy Balance Network, a research group with the mission of proving that our diets have little to do with our obesity crisis. The group’s vice president, Steven N. Blair, claims that “there’s really virtually no compelling evidence” that eating fatty foods and drinking sugary beverages causes weight gain. Instead, the fact that 2 out of 3 Americans is overweight or obese is just proof that we’re not working hard enough in the gym, he claims.

If that sounds like a desperation move to you, it is: The amount of full-calorie sodas drunk by the average American has dropped 25 percent since the late 1990s, according to a report last month in the New York Times. And while Coke isn’t about to go broke any time soon—it owns everything from Dasani water to Odwalla juice—reversing the decline of its premier brand is clearly a priority. Even if that means pointing a finger at you. But don’t be fooled. Giving up soda may be the single best thing you can do for your weight, and your health. The editors of Eat This, Not That! took a close look at the research and discovered these 7 amazing things that happen when you give up soda.

Despite what Coke says, their flagship product, made with High Fructose Corn Syrup, will cause weight gain—one can has the calorie equivalent of a pack of Sour Patch Kids, but with 10 more grams of sugar! Diet soda packs on the pounds as well—it’s just more passive-aggressive about it. It also makes you crave more sweets. “Artificial sweeteners affect our sense of satiety,” says Isabel Smith, MS RD CDN, of Isabel Smith Nutrition. “Our bodies have evolutionarily developed to expect a large amount of calories when we take in something exceedingly sweet, and those artificial sweeteners are from 400 times to 8,000 times sweeter than sugar.” That causes a couple things to happen, says Smith. “The muscles in your stomach relax so you can take in food, and hormones are released. With artificial sweeteners, your body says, ‘Wait a minute, you told me you were going to give me all this high-calorie food.’ It can actually send some people searching for more food, out of lack of satisfaction.”

Americans spend millions of dollars on anti-aging products, multi-vitamins, and personal trainers to keep themselves young. If only they kicked the can. A recent study published in the American Journal of Public Health found that, as cells divide, telomeres—the buffers at the end of chromosomes that protect genes—naturally shorten, a process related to aging and age-related diseases. This findings show that sugar-sweetened sodas consumed once a day—in a 12-ounce serving—were associated with telomere shortness, a precursor to chronic diseases like diabetes and heart disease. In fact, sugar-sweetened sodas increase cell aging (aka senescence) the same amount as smoking.

That Coke Zero is nutritionally no hero—it’s stopping you from losing weight. “Even though diet drinks are calorie-free, they cause insulin to be released in your gut because their artificial sweeteners are sweet like sugar, and that actually prevents weight loss,” says Miriam Jacobson, RD, CDN. “Insulin is your body’s primary fat-storage hormone, so it will have the body hold on to any extra fat,” she continues, adding, “Trying to lose weight by trading a Coke for a Diet Coke is doing the body just as much harm, if not more, because of all the chemicals in the calorie-free version.” In fact, over the course of a decade, people who consume two or more diet sodas a day experience increases in waist size that are 4 times greater than those who don’t.

The acidity in soda is bad news for your digestive system, eroding tooth enamel and worsening acid reflux. But diet sodas are especially treacherous for your gut—and the far-reaching bodily systems it affects. “Researchers are finding that artificial sweeteners may affect our healthy gut bacteria, which can affect everything from blood-sugar control to weight management to disease—how our immune system works and how our body responds to infection,” says Smith. In fact, for every 5 percent of calories you consume from sweeteners, your risk of diabetes increases 18 percent, and “bad” LDL cholesterol and heart disease risk increase after just two weeks of consuming corn-based sweeteners like those in Coke.

Yep, we’re talking dangerous fats that are hard to detect with the naked eye, meaning, you might not know you’re in risk of certain health problems because you won’t see the changes in your own body. Danish researchers conducted a study of the effects of non-diet soda by asking participants to drink either sweetened soda, milk containing the same amount of calories as the soda, diet soda, or water every day for six months. Total fat mass remained the same across all beverage-drinking groups, but the drinkers of regular soda saw a drastic increase in harmful hidden fats, like liver and skeletal fat. And we mean drastic.

You’ll stop your bones from breaking

The caramel color in soda contains an artificially created phosphorus that can be bad for long-term bone health, says Smith. Phosphorous is a natural chemical found in foods like beans and grains, but the mutant variety found in dark soda is like a dinner guest who refuses to leave. “Basically, you’re taking something that exists in nature but making this hyper-absorbable form of it,” says Smith. “Your body doesn’t have the choice whether to absorb it or excrete it, so it can cause calcium to leach out of bones. It’s particularly bad for anybody with kidney disease,” she explains.

Ironically, the main reason you’re drinking soda may be the very reason why you’re tired and want more. “Drinking too much caffeine can make you dehydrated, and it can overstimulate the nervous system, making you fatigued and exhausted,” says Smith. “I find that when people cut back on caffeine they have more energy because the caffeine causes very big highs and lows,” she adds. In her practice, Smith has seen that quitting soda can lead to a positive domino effect. “There is way more energy for our bodies in real food than in processed foods,” she says, adding, “When people cut back on processed items, they often look for more fresh foods and make better choices. By giving up soda, it may seem like you’re making one change, but it can actually change a couple aspects of your diet for the better.”

More from Eat This, Not that! 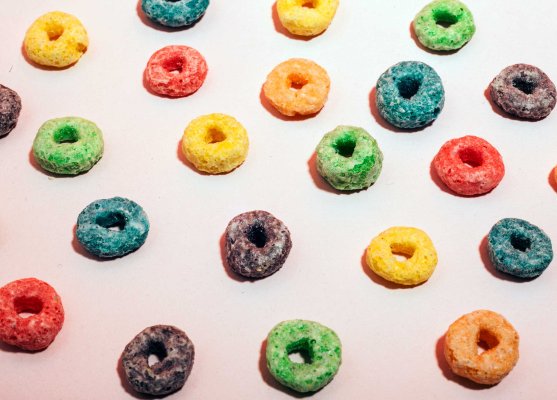 5 Fascinating Facts About Breakfast
Next Up: Editor's Pick