Yoga Is Just As Safe As Other Exercise, Study Finds

If you’ve ever searched for an excuse not to do yoga, you likely have one article at the ready: “How Yoga Can Wreck Your Body,” published by the New York Times in 2012. After reading descriptions of injuries like torn Achilles tendons, degenerated hip sockets and sudden stroke, you’d be inclined to think swearing off yoga was the healthier choice.

But is it? Dr. Holger Cramer, director of yoga research at the University of Duisburg-Essen in Germany, points out that the article “reported on some cases, but it was not systematical,” he says. But since no meta-analysis—a systematic review of other studies—yet existed on yoga injuries, Cramer decided to do one himself. His new study, published in the American Journal of Epidemiology, found that yoga was just as safe as exercise

MORE: You Asked: Is Hot Yoga Good For You?

For his analysis, Cramer looked only at randomized controlled trials—considered the highest quality clinical trial. Studies qualified if they compared any kind of yoga with no treatment, usual care or an active treatment, and if they reported on adverse events like injuries. In the end, 94 studies—which looked at a total of 8,430 people—made the cut.

“The risk of getting injured or experiencing other adverse events is the same in yoga as with other exercise,” Cramer says.

Only 2% of people who did yoga experienced any adverse events, and some of those who did already had severe diseases. The study didn’t look at the types of injuries, but other data suggests that the most common kinds of injuries are musculoskeletal, like back pain, Cramer says. Other adverse events include aggravation of glaucoma in patients with the disease, especially in headstand or shoulder stand poses.

Serious yoga injuries are rare, these findings suggest; they bolster survey data last year that found less than 1% of yoga practitioners in the U.S. stopped because of an injury. Much more common than injuries are the benefits, find Cramer’s other meta-analyses.

“We have really high-quality studies showing that yoga is effective for chronic low back pain in the short and long term,” he says. Other good evidence shows that yoga can ease depression and psychological distress in breast cancer patients, he says, and that yoga may be effective in lowering high blood pressure in people with hypertension and reducing cardiovascular disease risk factors in the general population and people at high risk. Of lesser quality, he says, are the data on yoga for diseases like multiple sclerosis or schizophrenia.

Cramer was surprised at the high number of randomized controlled trials about yoga, but says that more yoga studies should report adverse events (or a lack of them) to strengthen the evidence base. “If you look at a practice that involves physical activity and breathing techniques, you always also have to look on the safety side.”

But the current research, this study shows, reveals that the dangers of yoga are small. “Generally I’d say there are a lot of conditions where it’s more beneficial than risky,” Cramer says. 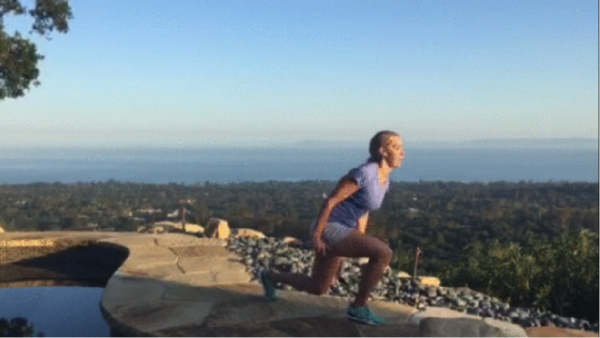 4 Calorie-Torching Moves That Tone Your Legs and Butt
Next Up: Editor's Pick