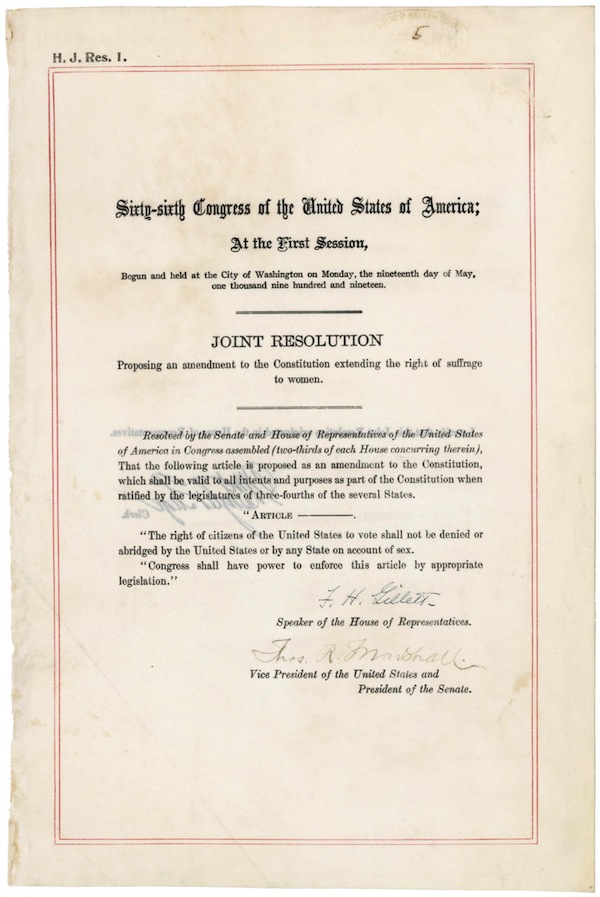 The struggle for women’s right to vote in the United States was a long one: It began pretty much as soon as the country came into existence, continued as suffrage was expanded within the male population, neared completion as the 19th Amendment to the Constitution was passed in June of 1919 and was finally victorious 95 years ago today, on Aug. 18, 1920.

It was then that Tennessee ratified the Amendment—thus putting it over the three-quarters mark it needed to become a Constitutional Amendment. It was certified by the Secretary of State within days. This document, which is held in the U.S. National Archives (and which you can zoom in on by rolling over it with your mouse, or tapping on mobile), is the Congressional resolution that originally proposed “an amendment to the Constitution extending the right of suffrage to women.”

For your security, we've sent a confirmation email to the address you entered. Click the link to confirm your subscription and begin receiving our newsletters. If you don't get the confirmation within 10 minutes, please check your spam folder.
More Must-Reads From TIME