Your School Grades Affect Your Risk of Dementia

In a presentation at the Alzheimer’s Association International Conference, scientists report that getting good grades in school is among the important factors that can protect against dementia later in life.

Experts have known that people with so-called cognitive reserve, or the ability to compensate for the failing parts of the brain in degenerative conditions such as Alzheimer’s, can help to slow down or stave off some symptoms of memory loss, confusion and disorientation. But it wasn’t clear when the buildup of these reserves should begin.

In a study involving 7,574 people who were at least 65 years old and followed for 21 years, Serhiy Dekhtyar, a postdoctoral research fellow at the Karolinska Institute, and his colleagues found that the chance of developing dementia was strongly linked to how well the people in the study did in school during childhood. Those with grades in the lowest 20% showed the highest risk of developing dementia later on, an effect that remained strong even if the volunteers went on to attain more education and had intellectually demanding jobs. In other words, says Dekhtyar, “Your early life baseline cognitive abilities play a role in later dementia risk, which we didn’t know before because we didn’t have data. Now we have the data that show there is a component of early cognitive abilities that seems to still [have an effect] 50 or 60 years later.”

Most studies focus on people who already have dementia and look at the effect that intellectual engagement in later life can have in slowing the progression of dementia or reducing some of its symptoms. The idea is that the more intellectual activities the brain has, the stronger and more robust its network of neurons. Someone with larger cognitive reserves, therefore, can function with fewer symptoms than someone with lesser reserves, even if both have the same amount of damage caused by degenerative diseases like Alzheimer’s.

Those with the most protection in the study were people who had good grades during childhood and who ended up in demanding jobs; they lowered their risk of dementia by about 40%. While having a complex intellectual job lowered risk of dementia by 23%, it couldn’t completely negate the effects of not being a good student in school. “If you were in a group at higher risk, then it might be difficult to modulate that risk,” says Dekhtyar. “But it’s not deterministic. We can clearly see that risk can additionally be reduced, just not by as much as if you started with a lower baseline risk.”

For doctors and people concerned about their dementia risk, especially those in families in which several members are already affected by the condition, it’s important to understand that protection against dementia begins early. And even if it’s too late to become more engaged in school, continuing to build cognitive reserve with an intellectually demanding job, staying socially active and mentally engaged, can be helpful as well. “It’s a good message that I think has to be out there for patients,” says Dekhtyar. 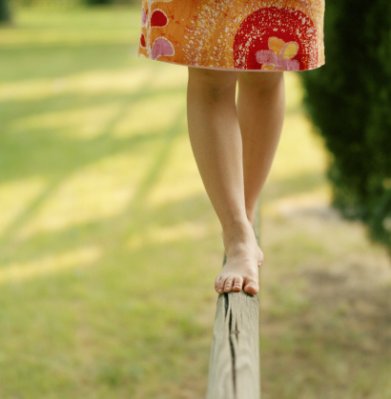 5 Weird Ways Ovulation Can Affect Your Body
Next Up: Editor's Pick