10 Signs You Really Need a Vacation

You probably wouldn’t hesitate to call in sick if you had the flu. But would you take a day off when your stress levels have catapulted into the stratosphere? For many of us, the answer is no. In a 2011 survey of 1,546 people by the American Psychological Association, about one-third of respondents said they typically feel tense or stressed out during their workday. And despite that nearly all of us need an occasional break, many rarely take a vacation day because they worry that others will look down on them, says Paula Davis-Laack, PhD, author of Addicted to Busy. Sky-high stress at work won’t just lead to burnout—it can also bring on stomach issues, trouble sleeping, headaches, and more, according to a 2011 review by researchers from the University of South Florida. On average, Americans get 14 days of vacation a year, but use only 10 of them. How do you know when you’ve reached a breaking point and it might be time to cash in your chips? Read on for 10 signs that you and your workplace need a little time off.

Every little problem is turning into a big issue

No one likes fielding other people’s mistakes, but the truth is, you should be able to handle the occasional curveball or two—and your goal should always be to knock it out of the park. A positive attitude is key. “There are days when you [tackle problems] like a rock star,” says Davis-Laack. “And that’s a good feeling to have.” Even on days when you’re not feeling very ambitious, you should try to keep the situation in perspective. Sure, legitimate annoyances will always pop up, but “not everything you deal with is a level-10 problem,” she says. If you’re acting testier toward your co-workers or clients (say, you find yourself thinking, “Didn’t we just go over that?” or “Why can’t you understand these directions?”), then you’re the one who might be making a mistake—by not taking some time off to recharge.

Your coworkers keep asking if you’re feeling all right

Other people may notice that you’re stressed before you do. If your coworkers keep approaching you to say, “You look tired,” or ask, “Is something wrong?” then that could be a sign that your stress has spilled over into your workday and is obvious to the rest of your office, says Davis-Laack. Another sign: You’re unusually cranky and people are giving you more distance than usual. If that’s the case, you may not need to take much time off—just a day or two or a long weekend, she explains. Andrew Shatte, PhD, a stress resilience expert and co-author of meQuilibrium: 14 Days to Cooler, Calmer, and Happier also recommends trying to work more “microbreaks” into your day. For example, all it may take to give you a quick mood boost is a 2-minute lap around the office floor or a short coffee break.

“Chronic stress is a well-known cause of workplace errors, and it’s a sign that you may need to take a step back,” says Davis-Laack. Studies show that when doctors and pharmacists are stressed or have a heavy workload, they could be prone to more mistakes—a serious problem in the medical community, since they can be potentially fatal to patients.

If you’re in the middle of a project and have been slipping up, finish the project and then arrange for some time off, advises Davis-Laack. “You don’t have to tell everyone on your team what’s happening,” she says, “but you might want to let your supervisor or client know that you’ve fixed your mistake and are taking steps to ensure it doesn’t happen again.”

Everything bores you, nothing excites you, and you can’t muster up any positive thoughts about the company you work for. Once those cynical thoughts start percolating in your brain, it may be a sign that you could be headed for burnout. Try to counter it ASAP: Davis-Laack advises employees to keep at least a three-to-one ratio of positive to negative experiences. (And she also says that highly successful teams have a ratio of about six to one.) Shatte’s advice: “If you have an upsetting conversation with someone at the office, jump on the phone with another long-term colleague and ask to chat for a few minutes,” he says. “You want to balance out the bad experiences with even more good ones.”

You start ‘borrowing’ the office supplies

Sure, we’ve all snatched a pen or two, but when you’re practically shopping at the supply closet, that’s a sign that you’re stressed out. Researchers actually have a name for these habits: “counterproductive work behaviors,” or “CWB,” for short. And one new 2015 study found that it may take weeks or even months before they start showing up in stressed-out employees. “Uncertainty [in the workplace] drives a great deal of stress,” says Davis-Laack. “As a result, people tend to turn inward, seek to protect their own turf, and become less likely to help others because they don’t know what’s going to happen outwardly.” If you’re engaging in counterproductive work behaviors, like picking fights with your co-workers or taking extra-long lunch breaks, she says, you may need a day off to help reset your priorities or even seek out new opportunities.

Backaches. Headaches. Eye strain. All of these painful conditions are your body’s not-so-subtle way of telling you that you might need a day off. One 2011 University of South Florida review about stress in the workplace found that heavy workloads, negative environments, and obstacles that prevent people from completing their tasks were all factors linked to pain-related health problems in employees. The researchers say that when people find themselves in a stressful situation, their bodies release chemicals that trigger inflammation and increase their sensitivity to pain.

Your stomach basically hates you

A killer headache isn’t the only physical sign that you’re feeling frazzled—cramping and bloating might be other indicators. “Some people say they’re more likely to have stomach problems and digestive issues when they’re feeling stressed,” says Davis-Laack. That could be because stress can cause changes to the bacteria that reside in our guts, which could make us more vulnerable to upset stomachs. In fact, a 2010 study in the Journal of Nervous & Mental Disease found that people with gastrointestinal disorders may be more likely to have chronic stress than their calmer GI counterparts.

And you can forget about getting a decent night’s sleep

If you’re having trouble sleeping, that can also be a side effect of too much stress, says Shatte. In one 2007 study from the University of Georgia at Athens, people who believed they did “excessive” amounts of work were more likely to have difficulty falling asleep, staying asleep, and spending more time in the restorative part of their sleep cycle than those who weren’t as overloaded at the office. And another 2005 study by Swedish researchers also found that overworked employees were more likely to have trouble unwinding before bed and have increased amounts of daytime sleepiness, possibly because their bodies were trying to make up for lost shut-eye. Some researchers speculate that the hormones involved in the flight-or-fight response—which is activated when we encounter a particularly stressful situation—may cause lasting tension and sabotage your sleep.

When you get home, you reach for a glass of wine

Do you bolt straight for the wine cabinet when you come home? If so, says Davis-Laack, you might be using alcohol as a coping mechanism for too-stressful days at the office. One 2012 study conducted in people in the nursing field—a particularly challenging occupation—found that drinking alcohol was a common way they dealt with the pressure. And another 2012 study in the American Journal of Clinical Nutrition found that women who were experiencing burnout were more susceptible to emotional and uncontrolled eating—two habits that could boost your risk for obesity. A better way to send stress packing? Exercise. One study from the University of Maryland found that when people performed 30 minutes of moderate-intensity exercise, they were calmer in the face of an anxiety-inducing situation than those who had just rested quietly. (Now you know what to do on your day off!)

Some people who are under a lot of pressure lose perspective of why they keep coming to work, says Shatte. This is one of the more serious signs of burnout, so if this is you, you may need to take a longer break from the office—and you may also need to reframe your thinking. “Sometimes people can become siloed at their job, and when that happens, they fail to see how their work affects their country or community,” he explains. Think about how your day-to-day impacts your life’s big picture: do you have a family to support? That’s one major reason to stay positive, says Shatte. So keep a picture of your relatives on hand, and remind yourself that you’re working for them, not just The Man. 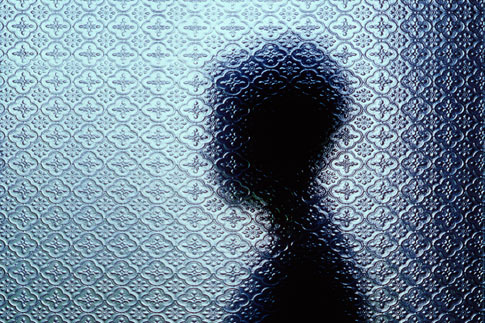 Children With Mental Health Problems Are Also at Risk as Adults
Next Up: Editor's Pick