A Brief History of Salt

Salt comes from dead, dried-up seas or living ones. It can bubble to the surface as brine or crop out in the form of salt licks and shallow caverns. Below the skin of the earth it lies in white veins, some of them thousands of feet deep. It can be evaporated from salt “pans,” boiled down from brine, or mined, as it often is today, from shafts extending half a mile down.

The history of the world according to salt is simple: animals wore paths to salt licks; men followed; trails became roads, and settlements grew beside them. When the human menu shifted from salt-rich game to cereals, more salt was needed to supplement the diet. But the underground deposits were beyond reach, and the salt sprinkled over the surface was insufficient. Scarcity kept the mineral precious. As civilization spread, salt became one of the world’s principal trading commodities.

Salt routes crisscrossed the globe. One of the most traveled led from Morocco south across the Sahara to Timbuktu. Ships bearing salt from Egypt to Greece traversed the Mediterranean and the Aegean. Herodotus describes a caravan route that united the salt oases of the Libyan desert. Venice’s glittering wealth was attributable not so much to exotic spices as to commonplace salt, which Venetians exchanged in Constantinople for the spices of Asia. In 1295, when he first returned from Cathay, Marco Polo delighted the Doge with tales of the prodigious value of salt coins bearing the seal of the great Khan.

As early as the 6th century, in the sub-Sahara, Moorish merchants routinely traded salt ounce for ounce for gold. In Abyssinia, slabs of rock salt, called ‘amôlés, became coin of the realm. Each one was about ten inches long and two inches thick. Cakes of salt were also used as money in other areas of central Africa.

Not only did salt serve to flavor and preserve food, it made a good antiseptic, which is why the Roman word for these salubrious crystals (sal) is a first cousin to Salus, the goddess of health. Of all the roads that led to Rome, one of the busiest was the Via Salaria, the salt route, over which Roman soldiers marched and merchants drove oxcarts full of the precious crystals up the Tiber from the salt pans at Ostia. A soldier’s pay—consisting in part of salt—came to be known as solarium argentum, from which we derive the word salary. A soldier’s salary was cut if he “was not worth his salt,” a phrase that came into being because the Greeks and Romans often bought slaves with salt.

“With all thine offerings thou shalt offer salt,” says Leviticus 2:13. Because of its use as a preservative, salt became a token of permanence to the Jews of the Old Testament. Its use in Hebrew sacrifices as a meat purifier came to signify the eternal covenant between God and Israel. In one biblical case, salt symbolized a lack of fidelity. In Genesis 19:1-29, two angels of the Lord command Lot, his wife and two daughters to flee the sinful city of Sodom without ever looking back. When Lot’s wife cast a fleeting glance backward (her faith was uncertain), she was immediately transformed into a pillar of salt. A Roman religious ritual, however, in which grains of salt were placed on an eight-day-old babe’s lips, prefigures the Roman Catholic baptismal ceremony in which a morsel of salt is placed in the mouth of the child to ensure its allegorical purification. In the Christian catechism, salt is still a metaphor for the grace and wisdom of Christ. When Matthew says, “Ye are the salt of the earth/’ he is addressing the blessed, the worthy sheep in the flock, not the erring goats.

During the Middle Ages, the ancient sanctity of salt slid toward superstition. The spilling of salt was considered ominous, a portent of doom. (In Leonardo da Vinci’s painting The Last Supper, the scowling Judas is shown with an overturned saltcellar in front of him.) After spilling salt, the spiller had to cast a pinch of it over his left shoulder because the left side was thought to be sinister, a place where evil spirits tended to congregate.

The social symbolism of salt was painfully evident in the medieval equivalents of the Amy Vanderbilt Complete Book of Etiquette. As late as the 18th century, the rank of guests at a banquet was gauged by where they sat in relation to an often elaborate silver saltcellar on the table. The host and “distinguished” guests sat at the head of the table—”above the salt.” People who sat below the salt, farthest from the host, were of little consequence.

Salt taxes variously solidified or helped dissolve the power of governments. For centuries the French people were forced to buy all their salt from royal depots. The gabelle, or salt tax, was so high during the reign of Louis XVI that it became a major grievance and eventually helped ignite the French Revolution. As late as 1930, in protest against the high British tax on salt in India, Mahatma Gandhi led a mass pilgrimage of his followers to the seaside to make then-own salt.

If the importance of a food to a society can be measured by the allusions to it in language and literature, then the significance of salt is virtually unrivaled. Nearly four pages of the Oxford English Dictionary are taken up by references to salt, more than any other food. “A grain of salt” may be a recipe for skepticism. But there can be no doubt about how salt has seasoned history. 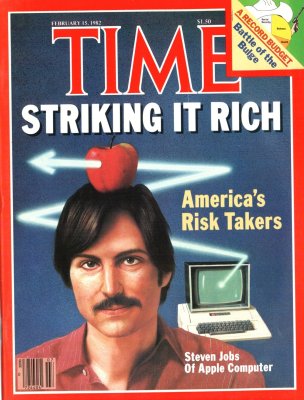 The Seeds of Success
Next Up: Editor's Pick