Another Chef Backs Out of Restaurant Deal With Trump

The impact of Donald Trump’s comments on immigration continues to ripple through his businesses, as chef Geoffrey Zakarian becomes the latest to sever ties with the 2016 presidential hopeful.

Zakarian had planned to open a Washington, D.C. outpost of his Manhattan restaurant The National in a Trump hotel in the Old Post Office Pavilion in 2016. But Zakarian decided he no longer wanted to associate himself with the mogul, saying, “the recent statements surrounding Mexican immigrants by Donald Trump do not in any way align with my personal core values.”

Earlier this week, chef José Andrés also backed out of plans to open a restaurant in the D.C. hotel, saying, “Donald Trump’s recent statements disparaging immigrants make it impossible for my company and I to move forward,” according to a statement he released. “More than half of my team is Hispanic, as are many of our guests. And, as a proud Spanish immigrant and recently naturalized American citizen myself, I believe that every human being deserves respect, regardless of immigration status.”

Trump’s son, Donald Trump Jr., responded that Andrés “has no right to terminate or otherwise abandon his obligations under the lease,” and said the company would take legal action against the chef if he backed out.

Trump has found his allies dwindling in the wake of his comments on undocumented Mexican immigrants. “They’re bringing drugs,” he said during his speech last month announcing his presidential campaign. “They’re bringing crime. They’re rapists.”

Zakarian, whose ancestors come from Poland and Armenia, according to the New York Times, noted in his statement that his company, Zakarian Hospitality, “employs many immigrants from nations all over the world, and I look forward to continuing this business culture in my future restaurants. We are a nation built from immigrants, my family included.” 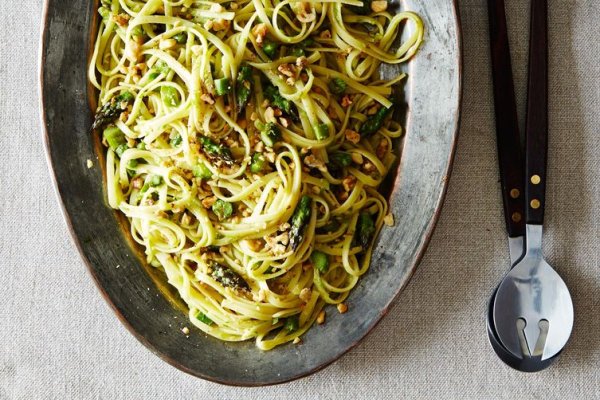 5 Pastas to Keep in Your Pantry
Next Up: Editor's Pick