Would you pay top dollar for a comedy performance by…Peele? Or expect a great film from a singular Coen brother? Or rock to the sounds of just one of those robots from Daft Punk?

There’s a reason why people love the music of the Stones more than either Jagger or Richards: amazing things happen when two great collaborators work in tandem to create magic. That’s true in art, and it’s just as true in nutrition. More and more research confirms what great chefs and home cooks have always known: Foods weren’t meant to be eaten alone. They’re meant to work in partnership, each bringing its own set of unique flavors (and nutrients) to create the perfect weight-loss meal.

Case in point: Last month, a study published in the American Journal of Clinical Nutrition reported that salads were more nutritionally potent if you added eggs to them. The reason is that the eggs made it easier for your body to absorb carotenoids, the pigments that give veggies their color—and help you fight weight gain. Here are 8 other ideal collaborators, each bringing its own unique nutritional talents to help keep you slim.

Want to look better on the beach? Look no further than the ocean—or at least the oceanside sushi joint. Pairing a tuna roll, or a few pieces of tuna sashimi, with ginger may help your waistline. The ginger accelerates gastric emptying, which helps diminish that bloated look rapidly, and it also blocks several genes and enzymes in the body that promote bloat-causing inflammation. Tuna’s role here is critical, too; it’s a primo source of docosahexaenoic acid, a type of omega-3 fat that can ward off stress chemicals that promote flab storage and down-regulate fat genes in the stomach, stopping belly fat cells from growing larger.

Make a Power Combo: Place the ginger atop your brown rice sushi—but lay off the soy sauce. A single tablespoon has more than 1,000 mg of belly-bloating sodium, more than a Big Mac!

If you’re tiring of your usual go-to spinach-and-olive-oil salad, mix things up with avocado oil. Made from pressed avocados, it’s rich in heart-healthy monounsaturated fats that may help improve cholesterol and ward off hunger. It also contains vitamins B and E and bloat-banishing potassium. Meanwhile, the high-volume, low-calorie spinach will fill you up without filling you out. And studies show that women who eat foods with high water content, such as leafy greens, have lower BMIs and smaller waistlines than those who don’t. Go green to get lean.

Make a Power Combo: Sauté a cup of spinach in a tablespoon of olive oil for a quick, easy and filling side dish. Avocado oil also works well drizzled over whole-wheat breads, fish and homemade pizzas.

While eating “a musical fruit” may not sound like the best way to lose weight or reduce bloat, hear us out. A calorie-restricted diet that includes four weekly servings of protein- and fiber-rich legumes has been proven to aid weight loss more effectively than a diet that doesn’t include beans, according to Spanish researchers. And pairing beans with corn can help boost the slimming effect. Corn—like bananas and cold pasta—contains resistant starch, a carb that dodges digestion. In turn, the body isn’t able to absorb as many of its calories or glucose, a nutrient that’s stored as fat if it’s not burned off. Music to our ears.

Make a Power Combo: Make a quick and easy corn and bean side dish. Combine cans of corn (free of both salt and BPA) and beans in a saucepan and warm over medium heat. Season with ground pepper and cilantro. Add the mixture to greens for a waist-trimming salad, use it as a flavorful topper for grilled chicken, or load the mixture into a toasted whole-grain pita pocket for a quick, on-the-go lunch.

Fight fat and banish bloating with a fruit salad comprised of honeydew and red grapes. Melon is a natural diuretic, so it helps fight the water retention responsible for making you look puffy even if you have a toned stomach. Red grapes add fuel to the better-belly fire because they contain an antioxidant called anthocyanin that helps calm the action of fat-storage genes. This dynamic duo makes for a delicious, healthy dessert, perfect for summer.

Make a Power Combo: Throw both into a fruit salad—and add some other red fruits. They pack the most phytonutrients, according to research.

You feel like chicken tonight? Good for you: Protein-rich foods like poultry not only boost satiety, but also help people eat less at subsequent meals, according to research. And adding cayenne pepper fires up your fat burn. A compound in the pepper, called capsaicin, has proven to suppress appetite and boost the body’s ability to convert food to energy. Daily consumption of capsaicin speeds up abdominal fat loss, a study published in the American Journal of Clinical Nutrition found.

Make a Power Combo: Just one gram of red pepper (about 1/2 a teaspoon) can help manage appetite and increase calorie burn after a meal, according to a study by Purdue University researchers. So go beyond chicken and season grilled fish, meats and eggs with a pinch of red chili pepper.

Thanks to the low-carb craze, white potatoes have been unfairly blacklisted. A second look at the science reveals the spuds can actually help you lose weight. Australian researchers found that potatoes are actually more filling than fiber-rich brown rice and oatmeal—and they’re a good source of bloat-banishing potassium. Just be sure to skip the butter in favor of pepper. Piperine, the powerful compound that gives black pepper its taste, may interfere with the formation of new fat cells—a reaction known as adipogenesis.

Make a Power Combo: Enjoy half a baked potato with a bit olive oil and fresh pepper—and not just as a side dish. It can be a snack, too.

Next time you’re in a Starbucks, ward off diet-derailing hunger by adding cinnamon to your coffee. Cinnamon is flavorful, practically calorie-free and contains powerful antioxidants that are proven to reduce the accumulation of belly flab. Pair that with an appetite-suppressing cup of caffeine, and you’re losing weight first thing in the morning.

Make a Power Combo: If you’re making coffee at home, add cinnamon right into your brew-pot with the grinds for an even better taste.

More from Eat This, Not That! 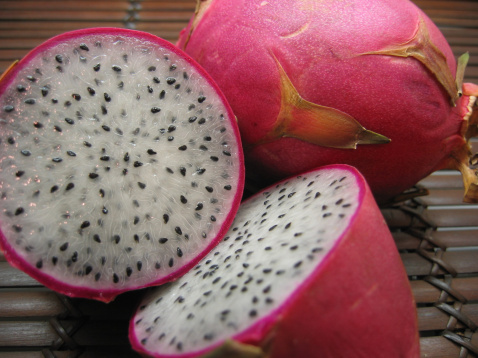 The New Superfruit You’ve Never Heard of But Need to Try
Next Up: Editor's Pick