You Asked: Is It Healthy to Sweat A Lot?

Here’s the tricky thing about using sweat as a barometer for health: “A lot of it comes down to biological variation,” says Dr. Craig Crandall, a professor of internal medicine at the University of Texas Southwestern Medical Center.

Crandall says if you examined two people—same height, sex and build—one might produce twice the volume of perspiration as the other. “It could just be one person has more sweat glands,” he explains. “Everybody’s baseline is different, so it’s hard to say what amount of sweat is ‘healthy’.”

Still, patterns emerge when you look at big groups of people.

A 2010 study from Japan examined how fit men and women sweat in response to exercise, and compared their sweating rates to those of unfit people. Fit people not only perspire more, but they also start sweating sooner during exercise, says study coauthor Dr. Yoshimitsu Inoue of Osaka International University. Men also tend to sweat more than women, Inoue says.

Crandall says the differences between fit and unfit people has to do with each person’s capacity for heat generation. “A high fitness level allows you to exercise at a higher workload, which generates more heat, which in turn leads to more sweat,” he explains.

He says men tend to sweat more than women for the same reason overweight or obese adults often sweat more than thin people: Their bodies are larger, which leads to greater heat generation during activity.

Crandall’s own research has found people sweat more after spending time in hot climates. “An athlete training here in Texas versus someone up in Montana may sweat differently in the same conditions,” he says. “Their bodies adapt in response to hot or humid environments.”

So sweat is complicated. But most of the research suggests perspiring in response to heat or exercise—whether you sweat a little or a lot—doesn’t mean much about your health.

Of course, there are other forms of sweat that have nothing to do with heat regulation.

People sweat when they’re nervous, and Crandall says nervous sweat tends to come from different glands than exercise- or heat-induced sweat. “The sweat glands that are sensitive to emotions are mostly under the arms, in the palms, and in the soles of the feet,” he says. While that’s unfortunate for nervous sweaters, there’s no evidence that people who sweat a lot due to worry are less healthy than those who aren’t as emotionally sweaty.

There’s also a condition called hyperhidrosis, which is excessive sweating either all over your body or in one particular area, such as your palms or pits. Excessive means up to four or five times what most people would sweat, says Dr. Adam Friedman, a dermatologist and residency program director at the George Washington School of Medicine and Health Sciences.

While the cause of this pernicious perspiration is often not identifiable, it can stem from an infection or illness, certain medications or an underlying endocrine condition like thyroid disease, Friedman says. Because of these links to health concerns, he says people who sweat all the time, day and night, should speak with a doctor.

Regardless of how much you perspire, exactly what you’re perspiring doesn’t vary much from person to person. Crandall says, “Sweat is basically water, sodium chloride, and potassium”—all of which you have to replenish after sweating heavily, he says.

And no, despite what you may have heard from the detox circuit, sweating does not rid your body of “toxins”. “It’s not like parts of the junk food you ate are going to escape through your sweat,” Crandall says. “There’s just no evidence of that.” 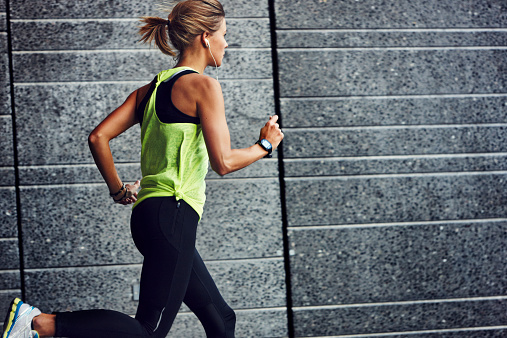 11 Training Tips for Running Your First Half-Marathon
Next Up: Editor's Pick