Plenty of comedians riff on headlines, but few make them like Hannibal Buress. The Broad City actor and Justin Bieber roaster galvanized the conversation around Bill Cosby and the sexual assault allegations facing the icon after one of Buress’ stand-up sets went viral last fall. (He doesn’t always like to talk about this, however.) This week, Buress is wading back into current events with his new Comedy Central show Why? With Hannibal Buress, which premieres Wednesday at 10:30 p.m. ET/PT. Though he’s jokingly likened it to “Weeds meets Breaking Bad meets Chelsea Lately,” Buress tells TIME to expect a mix of monologues, sketches and man-on-the-street interviews about what’s happening in the world. “It’s exciting just to put together something that’s my voice,” he says.

Below, Buress chats with TIME about Broad City GIFs, the nature of going viral and why he didn’t cry during Inside Out.

TIME: You used to write for 30 Rock and Saturday Night Live. What’s it like being the boss now?
Hannibal Buress: It’s definitely different. It has sharpened my eye as far as reading material and knowing right away how I would want to work it into the show. It’s really fun, but it’s a lot. Time flies when I’m there because I’m either looking at scripts or acting or looking at who we want to cast or checking out something with music or editing. There’s no time where I’m like, ‘Sh-t, there’s nothing to do, man, what the f-ck?’ It’s exciting just to put together something that’s my voice. I’ve only got a couple more days of not having my own TV show. From Wednesday on I will have a show, or had a show, or had a bad show. But that’s it!

You’ve joked about not knowing what the show is about and keeping the format loose. How do you do that in an environment like cable TV, which I imagine is very structured and detail-oriented?
It’s more fun to say I don’t know what the show is about, but obviously, a few days out, we have a real good idea. It’s not tough to describe, but I don’t feel like the description of it is exciting. We do a few sketches, some man-on-the-street interviews, some live-in-the-studio stuff. It’s basically a show with elements from other shows: there’s gonna be some late-night talk-show stuff, we might have a musical guest. It’s just a mash-up of different types of shows, but I’m doing it, so it’s my version of that.

And what kind of guests will you have? Other comedians or experts on current events?
I have other comedians performing. I hope to get some Illuminati conspiracy theorists to come on. Well, just one, I don’t want two.

Yeah, I think one Illuminati conspiracy theorist is enough.
It’s enough for everybody. So yeah, I want to get that person, but it’s all types of guests. That’s one thing that’s cool about it, figuring out where to slot people. When I’m writing, you can write with a person in mind—that’s been real fun.

Does having a show that tackles current events change the way you react to the news?
Before I would say, ‘Oh, I should do something about this in my standup.” Now, I think about how I make it into a television piece. How do I make it work? Is it a man-on-the-street piece where I’m talking to people? Or is it a sketch? Do we bring in a studio character? Do I do it in a monologue? It’s really fun because having a show for the first time makes me think about how to make it pop for a television audience.

Has your perception of your platform and the impact of your words changed since your Cosby routine blew up last fall?
No.

Lately I’ve experienced a lot of your comedy through GIFs on Tumblr, either of Broad City character or your stand-up comedy.
That’s people posting pictures of me performing with the words up?

Yeah, where they transcribe the jokes over little animations.
But there’s no audio?

No. It’s interesting—I just watched your apple juice bit for the first time after seeing it in GIF format, and your delivery is really different from how I envisioned it in my mind.
Those things work as a quick visual thing. Comedy Central posts a lot of peoples’ jokes or a line from an episode that pop. But you want to hear how things work contextually.

Are you surprised by what resonates on the Internet?
Yeah, it’s crazy. They shared that 800,000 times or whatever? Even this week, the Shark Week thing—I went on Conan and showed these promos that were advertising the show during Shark Week, and I wore a shark costume. It was on TIME and a bunch of places. I asked Comedy Central, “Did you guys put money behind this? People just want to pick it up!”

A few months ago when I was in Delaware I was heckled, and I yelled—well, not yelled, just handled it how I usually handle it. I happened to have my videographer there, and he caught it. It took off! I didn’t know it would be like that at all. You see somebody have a video of their kids or some funny thing, and you look at their channel and it’s like, one video has 3.7 million views and the others have 800. You never know. I don’t like to post fresh standup material because I want to use it in a special. The stuff I like to post online I like to be off-the-cuff moments.

You performed earlier this year at Comedy Central’s Justin Bieber roast. Who do you want to roast next?
I think Donald Trump, but I don’t even know if that’s a roast—people just need to say sh-t to him! Trump’s an interesting character. I’m a big fan of Kanye, that would also be legendary.

What do you think is the most interesting thing happening in comedy right now?
I saw Kevin Hart’s live show, man, and it was really well done. He did some really cool stuff with visuals. I know that’s not hip to shout-out the biggest comedian in the world!

As far as trends, there are a lot of different outlets beyond channels—Netflix, Amazon, Hulu. You can put out your concert and really work. There’s always people asking me, “How do I get into comedy?” You just do it. You do what you can at the level you can. I know this great comedian Owen Smith who just shot his special on iPhone cameras. And it looks quality! And he returned them the next day. You don’t have to wait for people to do it for you—says the guy with the Comedy Central show! “Just do it independent, guys! Don’t wait for the networks!”

Does an arena show like that appeal to you?
There’s a few shifts you have to make, but they’re not crazy. I opened for Aziz’s special in Madison Square Garden and the one thing is, the crowd wants to see comedy. Arena comedy is not the ideal setting. That’s obviously a comedy club—a couple hundred seats, intimate, blah blah blah—but it can work. Watching Aziz and Kevin do it, there’s big energy, but Kevin’s telling stories, telling long stories that are full of jokes. He’s not doing rapid-fire. He’s telling real stories about his life in an arena. It can work, but you have to do different stuff. The short answer is yeah, I would like to headline an arena and tailor my show to it.

What else are you into pop culture-wise these days?
Inside Out—that was a really good movie. That’s the first animated movie I saw since The Lego Movie. I like Hiatus Kaiyote. Their album is really good.

Did you cry during Inside Out?
I didn’t cry. I saw people talking about themselves crying, so I braced myself for that sh-t and was like, “Oh, this is the part where they’re trying to get me!” It is moving, but I’m not crying at cartoons. 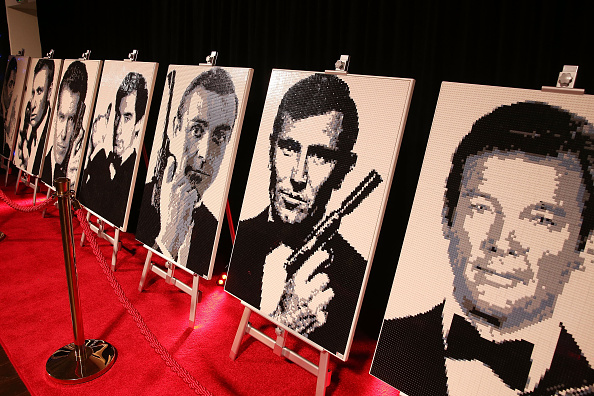 James Bond Musical Being Developed for Broadway
Next Up: Editor's Pick