There’s a big difference between anecdotal evidence and scientific proof, and the field of medical marijuana research is filled with more of the former than the latter—in part because marijuana is notoriously difficult to study because it’s classified as a schedule-1 drug.

Scientists led by Penny Whiting from University Hospitals Bristol in the U.K. report in JAMA that there is only moderate-quality evidence supporting the benefits of medical marijuana, and only for certain conditions. The majority of studies involving medical marijuana are of lesser quality and therefore more likely to be biased and provide unreliable results.

In all, Whiting and her colleagues analyzed 79 randomized trials, the gold standard in medical research in which volunteers are randomly assigned to take a cannabis-related product or a placebo. The studies evaluated marijuana’s ability to relieve a range of symptoms including nausea from chemotherapy, loss of appetite among HIV positive patients, multiple sclerosis spasms, depression, anxiety, sleep disorders, psychosis and Tourette syndrome. Most of the studies showed improvements among the participants taking the cannabinoid products over those using placebo, but in many, the scientists admitted that they could not be sure that the effect wasn’t simply due to chance since the association was not statistically significant.

The strongest trials supported cannabinoids’ ability to relieve chronic pain, while the least reliable evidence involved things like nausea and vomiting from chemotherapy, sleep disturbances and Tourette syndrome. Cannabinoids were, however, connected to more adverse events such as nausea, vomiting, dizziness, disorientation and hallucinations than placebo.

Summing up the state of the evidence, Whiting and her colleagues write that “Further large, robust, randomized clinical trials are needed to confirm the effects of cannabinoids, particularly on weight gain in patients with HIV-AIDS, depression, sleep disorders, anxiety disorders, psychosis, glaucoma, and Tourette syndrome.”

MORE: Even in Colorado Medical Marijuana Can Still Get You Fired

That puts patients who try medical marijuana products at a crossroads — in 23 states and Washington, DC, laws allow doctors to recommend cannabis products for their patients for medical reasons. But with little in the way of solid scientific evidence for which products works best, and in which doses, it’s up to the patients to adopt trial-and-error to figure out which, if any cannabinoids help to relieve their symptoms.

Adding to the confusion for patients, another study published in the same JAMA issue shows that medicinal marijuana food products, which include things such as candies, brownies and teas, aren’t often labeled correctly when it comes to their most active cannabis ingredient, and that the amounts are inconsistent. Ryan Vandrey, associate professor of psychiatry and behavioral sciences at Johns Hopkins University School of Medicine and his colleagues evaluated the contents of 75 products from 47 different brands purchased at marijuana dispensaries in San Francisco, Los Angeles and Seattle, where medicinal marijuana use is legal. When they analyzed them for their content of THC and cannabinoids, the two most concentrated chemicals found in marijuana, they found wildly divergent amounts from what was noted on the products’ labels. Among them, only 17% were accurately labeled, with 23% of the products containing more of these compounds than listed, and 60% containing less than advertised. The labels noted that anywhere from 2 mg to 1000 mg of these agents were in the products, while the lab-based analysis revealed readings as low as 1mg to as high as 1237 mg. “When I have a health condition, and need to go buy my medicine, I want to make sure I know what I’m getting,” says Vandrey. “I want to make sure the dose I buy is the same today and the same the next time and the same the next time I buy it. I want reliability and accuracy so I don’t end up with problems.”

MORE: How Much Does Marijuana Impact Your Driving?

But medical marijuana products, he says, aren’t regulated by the same system that vets other pharmaceutical drugs. In fact, cannabinoids are not regulated at all, since the federal government still considers marijuana an illegal substance and therefore does not acknowledge that marijuana-based therapies exist at all. So far, 23 states have legislated such medicinal marijuana into legality, which means that legislation, and not scientific criteria, have “approved” these compounds for medical use. The results? “What we saw was that there cant’ be much if any consumer confidence within the cities we purchased and tested products,” says Vandrey.

For the larger medical marijuana distributors who see the emerging market as a profitable business, there’s the concern that profit motives may push them to under-deliver the amount of THC or cannabinoid they note on the label. And for the smaller outfits, it could be a matter of not knowing how to extract and measure the active ingredients from the cannabis plant and distribute it in a consistent way in a batch of tea or baked goods.

How can consumers know what they’re getting in a medical marijuana edible? They can do their homework and talk to other consumers and the dispensary about dosing of THC and cannabinoids, says Vandrey. Or they can try to test the products themselves, which some states offer in an effort to standardize and gain more control over these products. But ultimately, he says. “if states are going to supersede federal law and say we think there is medical benefit in marijuana, and we want it to be available to our residents, then it should also be the responsibility of the states to set up appropriate programs for regulating and overseeing the quality assurance and manufacturing standards for medications being sold.” 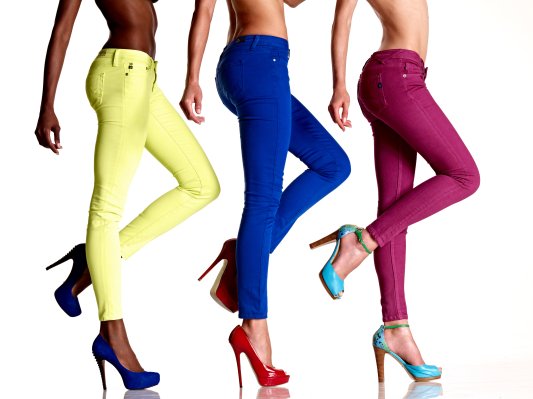 Here's How Skinny Jeans Are Hurting Your Health
Next Up: Editor's Pick