Presidential candidates are struggling with how to deal with last week’s Charleston shooting, as well as how to approach a long-simmering—but now blazing—controversy over South Carolina’s flying the Confederate flag. In Nevada, Republicans are trying to make the case that they can best woo Latino voters, as Democrats work to maintain their advantage in the swing state. Third-party advocates are suing the Commission on Presidential Debates and the Federal Election Commission alleging both serve to protect the interests of Democrats and Republicans at the expense of would-be Ross Perot. The suit is part of a long-shot effort to undermine more than a century of two-party rule, as the public grows weary of D.C. dysfunction. Hillary Clinton has been scarce around her Brooklyn digs in favor of a swankier office in Manhattan. And conservatives wonder: is Donald Trump just a Democratic plant?

The Race Is On for the Latino Vote
GOPers compete on ability to expand the electorate, as Democrats plot to maintain their advantage [Washington Post]

Senator Rubio Falls Silent on Immigration, His Signature Subject
An about-face in preparation for a White House bid [Boston Globe]

“Take down the #ConfederateFlag at the SC Capitol. To many, it is a symbol of racial hatred. Remove it now to honor #Charleston victims.” — 2012 GOP Presidential nominee and former Massachusetts Gov. Mitt Romney. “Good point, Mitt.” —President Obama

“The legacy of slavery, Jim Crow, discrimination in almost every institution of our lives, you know, that casts a long shadow, and that’s still part of our DNA that’s passed on. We’re not cured of it. And it’s not just a matter of it not being polite to say ‘n—–’ in public. That’s not the measure of whether racism still exists or not. It’s not just a matter of overt discrimination.” — President Obama on the “WTF” podcast

Candidates tout a job on the trail: dad of young children [Washington Post]

Is Trump a double agent for the left? [National Review] 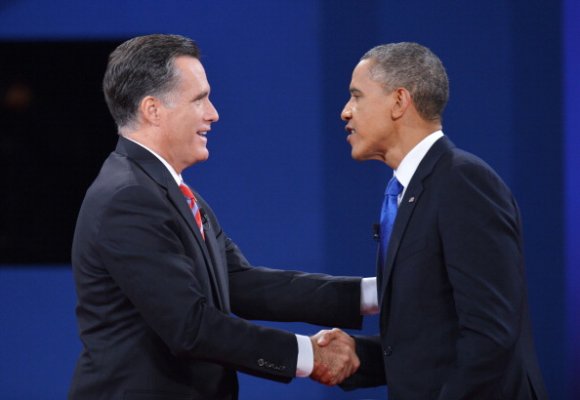 Third-Party Advocates Sue Over Debates
Next Up: Editor's Pick