5 Weird Coffee Trends You Should Know About

Americans are certifiably obsessed with coffee. Nearly 60% of Americans age 18 and up report they drink coffee on any given day, according to the National Coffee Association’s 2015 trends report, with this year’s Zagat coffee survey finding that the number of people with a daily habit is more like 80%.

As you’ve probably heard, the potential health benefits of coffee are many: it’s been linked with helping weight loss, and possibly even slashing your risk for diseases like diabetes and cancer. It may also boost your calorie-burn during a workout, making it the perfect pre-gym drink. While this definitely doesn’t mean you should drink coffee non-stop, you can feel great about your daily fix.

These days it’s not just your regular mug of hot and (deliciously) bitter goodness: Over a third of Americans are now choosing gourmet coffee beverages. And there are a number of trendy new ways to prepare the beverage.

Here are five buzzing ways to enjoy java, along with what you should know about each.

The first time I saw this method I thought, hmmm, so this is just a low-tech way of making a brew? (e.g. no machine plugged into an outlet). But nope, there’s more to it than that. In a nutshell pour over involves placing freshly ground beans into a rinsed filter, within a filter holder or cone, which is placed over a vessel. Connoisseurs say that wetting the grounds, then continuously pouring water (heated to a precise temperature, usually 200 degrees) from a kettle methodically and slowly (we’re talking four minutes or so) over the grounds, rather than “flooding” them, extracts more flavor. When using this meticulous method some baristas also utilize scales and timers. Pour over has been referred to as “theater” because it’s quite entertaining to watch. I have to admit, I really enjoy the “show” myself — when I’m not in a hurry for my cup, that is.

With cold brewing, time replaces heat: instead of five or 10 minutes of brewing with hot water, you steep coffee grounds in cold or room temp water for 12 hours or more before filtering them out. Because the coffee never comes into contact with hot water, certain oils and fatty acids, which can only be extracted by heat, are left behind in the grounds. Cold brewing fans say this results in coffee that’s smoother and less bitter.

Cold brew also tends to have less caffeine. For example, 16 ounces of Starbucks unsweetened cold brew contains around 165 mg of caffeine, compared to 330 mg in the same sized cup of dark roast. So if you’re looking for less intensity—both in buzz and in bitterness—this may be your brew. Just don’t confuse cold brew with regular iced coffee, which is typically made from hot coffee that’s been chilled or poured over ice.

Coffee makers often blend beans to create more complexity. For example, they might mix a bean with great flavor with another that has a fantastic aroma, or combine beans with varying flavor profiles. “Single-origin” means coffee made from beans grown in one geographical region, or even a specific farm, instead.

The benefit for the coffee-connoisseur? You get to experience the unique qualities imparted from just one source of beans, which are affected by things like climate, soil, elevation, biodiversity, and growing techniques. Beans from one farm in Ethiopia will have very different characteristics from those grown in Brazil, or Guatemala, and serious coffee lovers appreciate the nuances.

Two other key reasons single-origin coffee has become more popular involve sustainability and traceability. As coffee buyers develop relationships with specific coffee growers, farmers are often able to receive higher prices for their crops, use more environmentally-friendly farming techniques, and keep their land healthier, all of which help to improve the well-being of communities, and foster sustainability. Food enthusiasts are also much more interested in knowing exactly where their food comes from now, and choosing single origin can allow coffee drinkers to learn about the specific farm or farmers that produced their coffee, even if they are many miles away.

Several years ago munching on a few dark chocolate covered espresso beans inspired me to whip some coffee grounds into a cherry almond smoothie (which was Ah-mazing), and I’ve been experimenting with baking and cooking with coffee ever since. It’s become a pretty hot culinary trend, and there are countless way to get creative in the kitchen. Try brewed coffee as the liquid in dishes ranging from oatmeal to a marinade. You can also use coffee grounds as a rub for meat, add it to pudding, yogurt, brownies or cookies, or in a myriad of savory dishes, like chili, and black bean soup.

Bulletproof Coffee is a concoction created by a tech entrepreneur named Dave Asprey. The controversial formula involves a combination of proprietary coffee, grass fed butter, and a Bulletproof branded “Brain Octane Oil” made with coconut and/or palm kernel, which are rich in a type of fat shown in some research to boost satiety and your ability to burn calories. While grass-fed butter is certainly better for you than its conventional counterpart, proponents of this coffee drink (and the diet) recommend sipping it as a breakfast substitute.

Personally I do not advise trading a healthy breakfast like an organic veggie and avocado omelet, or oats with fruit and nuts, which provide a much broader spectrum of nutrients, for coffee alone, with about 400 calories from butter and oil. While drinking the coffee by itself is supposed to be connected to its weight loss benefits (coming from the zero carb and high fat content), I have seen people shed 25, 50, even 100 pounds eating healthy, balanced meals that include reasonable portions of “good” carbs. So in short, my biggest concern about the coffee isn’t so much its ingredients, but what you’re giving up for them.

Now that you’ve got the skinny on these trends, it’s up to you what you brew next. 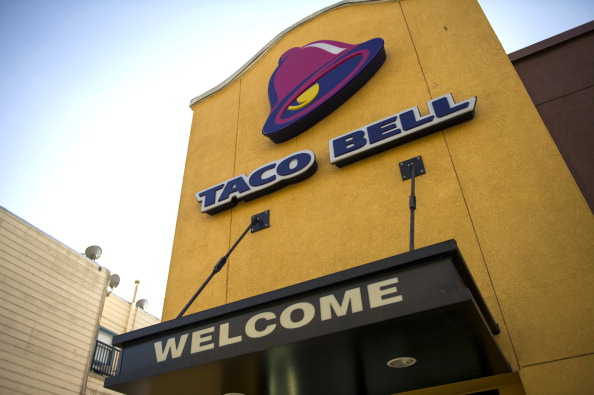 4 Things Nutritionists Would Order at Taco Bell
Next Up: Editor's Pick