How Your Favorite Fast-Food Meals Are Changing

Are the days of pink slime, antibiotic-fed chicken and other fast food controversies over?

On Tuesday, Taco Bell and Pizza Hut announced that they will begin to nix all artificial colors and ingredients from their food. The restaurants, both owned by Yum! Brands, are the latest in a string of fast food outlets shaking up their menus to prove to increasingly health-conscious customers that what they’re eating is, in fact, “real food.”

But are these changes actually making your favorite fast food meals different? Here’s a look at five of the nation’s favorite guilty pleasures, and how exactly they’re changing:

The nacho cheese on Taco Bell’s most popular item will lose its artificial food coloring — Yellow No. 6 — as the chain strips out all artificial ingredients from its menu. Some of the tastes in the taco’s seasoned beef, which Taco Bell’s menu says may contain artificial flavors, will also be replaced with natural flavors.

It’s arguable that customers may not notice the difference in taste from artificial to natural flavoring, but that’s not to say the move won’t have an impact: For decades, experts have blasted artificial colors and ingredients for their links to health problems, such as hyperactivity in children, allergic reactions and even cancer.

The pizza chain’s popular sweet snack contains an anti-foaming agent called dimethylpolysiloxane, according to its ingredients statement. Small amounts of the artificial ingredient can be found in the oil used by several fast food chains in order to prevent splattering oil while cooking.

For years customers have noted how the scary-sounding silicone compound is used in Silly Putty. However, the additive has been deemed safe by the FDA, and numerous studies show no link between dimethylpolysiloxane and decreased health. Even so, it’s likely to be stripped from Pizza Hut’s menu.

The box of golden-brown nuggets — only $4.99 in many stores — is one of countless chicken dishes at McDonald’s that’ll be affected by the company’s announcement in March to stop sourcing chickens raised with antibiotics.

The direct harm to humans of eating antibiotic-fed meat is still up for debate, but the FDA has long argued that excessive, unnecessary antibiotic use could eventually lead to antibiotic resistance, putting humans at risk for drug-resistant diseases. It’s not been proven either that naturally-raised meat tastes better, or even that different.

Subway announced last year that a mysterious, hard-to-pronounce chemical — azodicarbonamide — would no longer be used in its bread. In reality, though, azodicarbonamide, a “bread conditioner” that improves texture, is safe: the chemical is FDA-approved and found in many breads.

More importantly, though, the move was one of several steps that Subway has taken to make its bread more natural — including pro-health initiatives like fortifying bread with vitamins, and eliminating high fructose corn syrup in some items.

Your Chipotle meal will soon be made without genetically modified ingredients — a move that has drawn controversy to the fast casual chain, long a leader in featuring healthier, environmentally-friendly foods.

While GMOs are generally regarded as safe by the FDA, some experts warn that they may hurt the food chain and environment. Others say that GMOs are the reason why millions of people in the world aren’t going hungry, and have blasted Chipotle’s campaign as being bad PR for science. 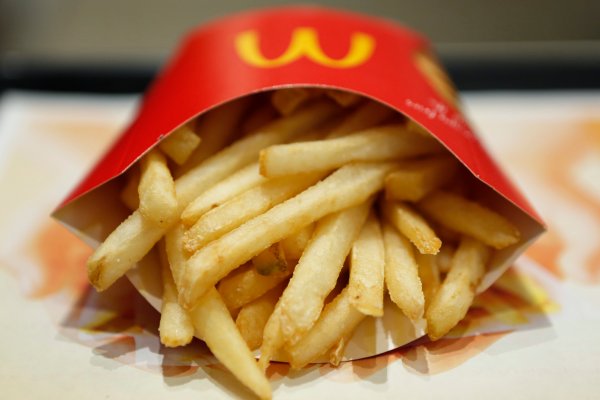 Here's How to Make McDonald's French Fries at Home
Next Up: Editor's Pick