Why Josh Duggar's Past Will Hurt Social Conservatives

As a reality-TV star famous for being part of a large conservative family, Josh Duggar had a public visibility that made him attractive to advocacy groups hoping he could spotlight their shared opposition to abortion and same-sex marriage. Now, as he responds to accusations of child molestation as a teenager, that same visibility could hurt the cause.

A police report detailed grim accusations against Duggar, one of the stars of TLC’s series 19 Kids and Counting. According to the newly released report, Duggar, the oldest child, allegedly sexually molested five minors, when he was 15. Jim Bob Duggar, his father, did not report the incidents to police for more than a year.

The political reaction was swift. Duggar, now 27, resigned from his role at the Family Research Council on Thursday, the same day the report was released owing to a Freedom of Information Act request.

Tony Perkins, president of the Family Research Council, hired Duggar to lead Family Research Council Action, the group’s lobbying arm, in 2013. Duggar was 25, a young, popular TV star who poised to help advance the conservative evangelical political platform. “Josh and his wife Anna have been an inspiration to millions of Americans who regularly tune in to see the Duggar family’s show, and all of us at Family Research Council and FRC Action have long appreciated their commitment to the profamily movement,” Perkins said at the time.

But Duggar worked to be more than a pop-culture icon, he was a favored son in social-conservative politics. He served on two presidential campaigns, Mike Huckabee’s in 2008 and Rick Santorum’s in 2012, and during the recent midterms he campaigned for Senate candidates in Kansas, Mississippi and Virginia. Politics were also part of his upbringing. His father Jim Bob served two terms in the Arkansas house of representatives (1998–2002) and ran unsuccessfully for U.S. Senate in 2002, around the time of the allegations against his son.

Josh Duggar focused his work at FRC Action on grassroots outreach, frequently fighting to keep the definition of marriage between a man and a woman. He was at the Supreme Court for arguments on same-sex marriage in April and helped to lead the March for Marriage rally in Washington that week. In December he campaigned, successfully, against an LGBT nondiscrimination measure in Arkansas that he said put children at risk. He tweeted that Islam attacked women. He said his family was the “epitome of conservative values.”

Conservative GOP candidates valued Duggar as a way to advance their agenda and leverage his constituents. He has tweeted photos of him with nearly all the 2016 GOP White House hopefuls — Huckabee, Santorum, Scott Walker, Ted Cruz, Jeb Bush, Bobby Jindal, Rick Perry, to name just some in his timeline — and countless representatives, Senators, governors and operatives, from Senator James Lankford to Sarah Palin to GOP head Reince Priebus. He retweeted politicians who promoted FRC Action’s agenda, and challenged others who stood against it. Just last week he pushed hard on social media to promote the U.S. House’s Pain-Capable Unborn Child Protection Act and tweeted at Planned Parenthood president Cecile Richards, “Sorry, but you’re the one lacking compassion.”

But what was Duggar’s political value for Family Research Council, his moral example, has now become a cost. The group has looked to the 2016 elections as an opportunity to advance their cause, especially since there are so many candidates with similar values on family and marriage. Perkins also currently leads the Council for National Policy, a group that quietly seeks to vet candidates. Plus, everyone is bracing for the Supreme Court to decide a landmark gay-marriage case in late June, and the Family Research Council has been at the forefront of working to stop the spread of gay marriage.

That entire agenda is now compromised, and the Family Research Council has to pick up the pieces. Perkins issued a statement Thursday night, saying that the group was previously unaware of Duggar’s past, and that Duggar himself made the decision to resign because he realized “that the situation will make it difficult for him to be effective in his current work.” In the statement, Perkins agreed: “We believe this is the best decision for Josh and his family at this time.”

The Family Research Council will have to find a new executive director for its lobbying arm, and attempt to recover the ground lost from this setback. FRC Action has also removed Duggar’s information from its website. (His bio on FRC Action’s website stated: “Drawing from his unique experiences in family, entertainment, politics and business, Josh seeks to use his God-given platform to encourage others to be engaged in the political process.”)

Reactions from the conservative side still remain to be seen. Huckabee became one of the first politicians to back Duggar on Friday morning. “Josh’s actions when he was an underage teen are, as he described them himself, ‘inexcusable,’ but that doesn’t mean ‘unforgivable,’” he wrote on Facebook. “He and his family dealt with it and were honest and open about it with the victims and the authorities. No purpose whatsoever is served by those who are now trying to discredit Josh or his family by sensationalizing the story.”

TLC Should Cancel 19 Kids and Counting 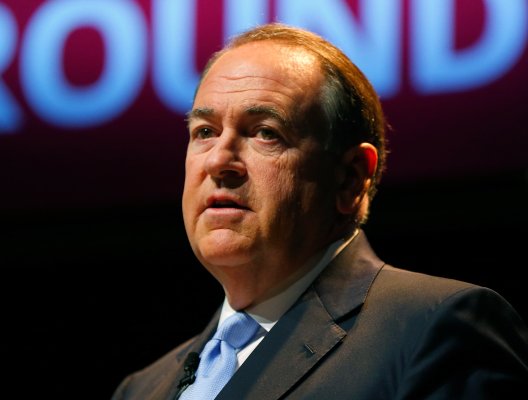 Mike Huckabee Stands By Josh Duggar
Next Up: Editor's Pick