Trans Fats Are Hiding All Over Your Grocery List

Eating trans fat raises the risk of coronary heart disease, and evidence suggests that no amount of it is safe. But more than a third of packaged foods found in grocery stores likely contain trans fat, found a new analysis by the Environmental Working Group (EWG).

Trans fats used by the food industry are manmade by adding hydrogen to vegetable oil, which makes it solid at room temperature and good at extending the shelf life of snacks. The World Health Organization supports “virtual elimination” of trans fats from the food supply.

But still it persists, found the EWG. The group used their Food Scores database to analyze more than 87,000 foods for trans fat-containing ingredients: most famously partially hydrogenated oil. Seeing that phrase on an ingredient list is a red flag for trans fat.

It’s not the only ingredient that signifies trans fat, according to EWG’s investigation. Refined oils like soybean, canola, cottonseed and corn oil, fully hydrogenated oils and perhaps even some emulsifiers like monoglycerides and diglycerides contain trans fat in smaller amounts, the report says. Flavors and colors even use partially hydrogenated oils sometimes and are a “likely source” of trans fat, according to EWG.

MORE: How Trans Fat Eats Away At Your Memory

And another 10% of foods likely have trans fat, the report concluded—even those labeled “zero” grams of trans fat. Food companies are allowed to claim a product has no trans fat if it contains less than 0.5 grams of trans fat per serving. “Serving sizes are notoriously small,” says Dawn Undurraga, report author and registered dietitian at EWG, so even fractions of a gram can add up quickly.

“In some ways these products are bad, but at least they let you know that they’re bad,” says Undurraga.

Even though we’re eating less trans fat than ever, Americans still have a long way to go towards adopting a diet free of trans fats. The findings add to recent research that trans fat lurks in all kinds of packaged foods. One study last year found that 9% of the packaged foods it surveyed listed partially hydrogenated oils in their ingredients, yet 84% of those claimed to be trans-fat free.

“It’s a little bit disingenuous to say trans fat intake is decreasing,” says Undurraga. “It is decreasing, but without data to be able to drive your analysis, how are you really getting an accurate picture of what is actually happening?”

In response to a request for comment, an FDA spokesperson said the government body is still reviewing the report. The FDA is currently in the midst of litigation about trans fat; in 2013, 98-year-old heart disease researcher Fred Kummerow sued the FDA for failing to ban the use of partially hydrogenated oil, claiming it “calcifies both the arteries and veins and causes blood clots.” The FDA said it will file a status update with the court today. 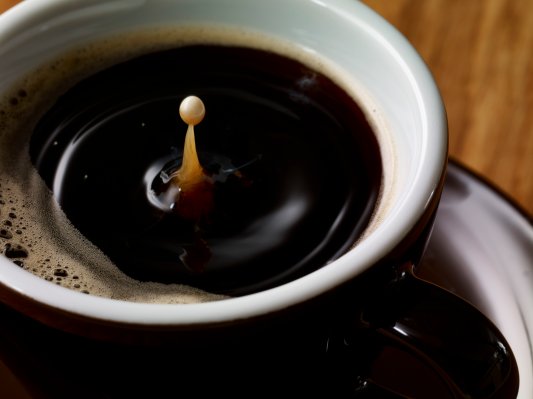 Drinking Coffee May Fight Against Erectile Dysfunction
Next Up: Editor's Pick