6 Foods That Can Make You Happier

I’m a happiness research junkie. I love reading about simple things we can do to elevate mood and boost contentment. Mindfulness meditation, adequate sleep, laughing, volunteering, and spending time with pets (as well as with happy people) all help. And believe it or not, science shows you can also eat your way happier!

If you’re in need of a little more glee, here are six research-backed “better mood foods” to build into your eating repertoire.

In a recent Dutch study, 20 healthy volunteers received either a probiotic supplement or a placebo for four weeks. Those who received the real deal showed a significantly reduced reactivity to sad mood, which was largely due to a reduction in aggressive thoughts, and rumination (you know, when you over-think or obsess on the negative). The conclusion: the type and amount of bacteria in your digestive tract impacts your mood. Scientists even have a name for it: the gut-brain axis, or the communication highway between the GI tract and the brain.

In an animal study conducted at McMaster University in Ontario, gut bacteria from mice with different personalities were swapped. Fearless mice became timid after receiving gut bacteria from anxious counterparts, and the reverse was also true—fearful rodents became more expressive and less apprehensive. The researchers also found that aggressive mice became calm when scientists changed their gut microbes by making their diets more healthy. All of this means that, for all intents and purposes, your gut bacteria can literally be mind-altering. To reap the benefits, stock up on probiotic-rich fermented foods, including kimchi, sauerkraut, and kefir, or consider popping a probiotic supplement.

In a study published in the British Journal of Health Psychology, nearly 300 young adults kept daily food journals for three consecutive weeks, in addition to completing psychological and mood-related ratings. Researchers found that a higher intake of produce resulted in more energy, calm, and a greater sense of happiness. They also noted that the effects were seen not only on the days more veggies and fruits were consumed, but also throughout the following day. Another study, published in the journal Social Indicators Research, which tracked 80,000 adults, found that consuming a higher amount of produce boosted mental well-being, with the magic number for happiness being seven daily servings. To use produce to elevate your mood, choose fruits and veggies first, and build each meal around them. For tips on how, check out my previous posts 5 Veggies That Make Perfect Pasta Alternatives and 5 Reasons to Eat More Fruit.

Coffee drinkers can be thought of as curmudgeons, but research has actually linked regular java consumption to positivity. In one study, researchers found that coffee consumed in the morning was linked to energy, kindness, and pleasure. Coffee enjoyed socially was tied to affection, friendship, satisfaction, and good nature, and when sipped leisurely, cups of Joe induced calm, happiness, and tranquility. Another study, published in JAMA Internal Medicine, found that women who drank two to three cups of coffee a day were 15% less likely to develop depression over a 10-year span, compared to those who consumed one cup or less each day. Now that doesn’t mean a pot a day is a recipe for bliss, but if you enjoy coffee there are other health benefits to making it a daily habit. Check out my previous posts 6 Reasons to Keep Loving Coffee and 5 Reasons to Drink Coffee Before a Workout.

Even thinking about dark chocolate brings a smile to my face, but research backs its happiness benefits. The antioxidants in dark chocolate can trigger the walls of your blood vessels to relax, lowering blood pressure and improving circulation. That may be why one study found that eating about an ounce and a half of dark chocolate daily for two weeks reduced levels of stress hormones in people who rated themselves as highly stressed. Dark chocolate also contains magnesium, a mineral that has been shown to help alleviate PMS symptoms, including fatigue, depression, and irritability. Finally, dark chocolate’s unique natural substances trigger a sense of euphoria that’s similar in to the feeling of being in love! For more check out my 5 Healthy Ways to Eat More Chocolate.

I adore mushrooms. In a previous post I wrote about five surprising benefits of this underrated superfood, and due to their unique nutrients, mood regulation may be a sixth. Shrooms are rich in selenium and research has linked a deficiency of this mineral (which doubles as an antioxidant) to a higher risk of depression, anxiety, and fatigue. Mushrooms are also the only plant source of natural vitamin D, a key nutrient of us aren’t getting enough of. In a study of people with seasonal affective disorder, which affects 11 million Americans, scientists found that those who upped their vitamin D intake experienced an enhanced mood. To bolster your intake, incorporate mushrooms into omelets or quiche at breakfast, salads at lunch, and sauté, grill, or oven roast them at dinner.

A Japanese study, conducted with more than 40,000 people, found that levels of psychological stress were 20% lower in people who drank five or more cups of green tea per day compared to those who drank less than one. The results held true even after other factors were accounted for, including age, sex, medical history, body mass index, alcohol consumption, cigarette smoking, and diet. Reach for green tea as a beverage, or incorporate loose tea leaves or brewed green tea into cooking. It’s fantastic in smoothies, marinades, soups, and sauces. For info about a currently trendy form of green tea, check out my previous post 7 Things You Should Know About Matcha. 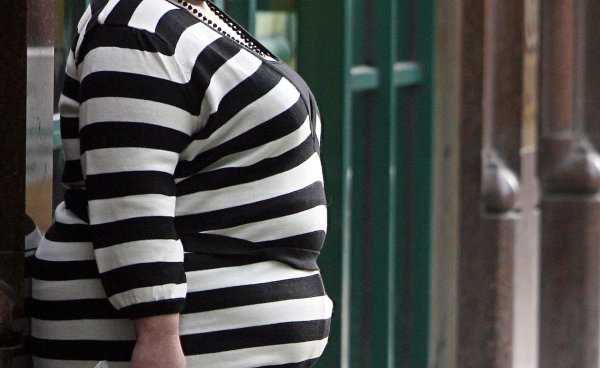 'Almost All' Irish and Most British Overweight By 2030
Next Up: Editor's Pick