This year, CEO Satya Nadella hopes to reverse that tide with a slew of product announcements, some of which will come this week at BUILD. Thousands are expected to attend the event at San Francisco’s Moscone Center, which begins Wednesday morning at 8:30 am.

Here are a few items to watch for:

Windows 10: Microsoft has said it will release the next generation of its Windows operating system sometime in the “summer.” When, exactly, remains an open question, that may be resolved with an announcement of a firm release date.

Also expect a progress update on how Windows 10 is becoming a more mobile-friendly experience. The previous version, Windows 8, created a somewhat schizophrenic user experience, giving users the option to switch between radically different designs in desktop and mobile views. Microsoft has billed its next operating system as offering a “continuum” across devices that will feel familiar regardless of what size screen you may be using.

Universal Apps: Microsoft hopes to expand its selection of apps in the Windows Store with the launch of “universal apps,” which use a unified coding language making it easier for developers to build the same app for desktops, tablets and smartphones. Microsoft’s app store has long suffered from a shortage of mobile apps in particular. “If you were going to write an app a couple of years ago, you’d write it for the iPhone,” says Gartner analyst Merv Adrian. “Microsoft was just too far down the list.”

Universal apps, however, could vault Microsoft closer to the top of the list. With 1.5 billion Windows users out there, developers could target the vast majority of power users on the desktop, then optimize those same apps for mobile touch screens in a pinch.

Thumb-Friendly Design: Microsoft offered a glimpse at what a “universal app” looks like earlier this month when it unveiled the next generation of Office apps. Microsoft may offer a deeper dive into thumb-friendly designs for mobile users that make Word, Excel and PowerPoint surprisingly easy to use on a screen of 10.1 inches or less.

Lumia Update: The launch of Windows 10 gives Microsoft an opportunity to claw its way back into the smartphone market, where Windows Phones have barely hung on to their 3% share. An announcement of a new Lumia smartphone could excite the developer community into working with new hardware that could allow for gesture or voice controls.

HoloLens: Microsoft unveiled its augmented reality headset to great fanfare last January, but it’s kept a tight lid on the project ever since. The BUILD conference offers another opportunity to entice developers to create three-dimensional apps for the device. “We humbly invite you, come create holograms with us,” said HoloLens project leader Alex Kipman in a direct appeal to developers last January. This week could bring another eye-popping invitation. 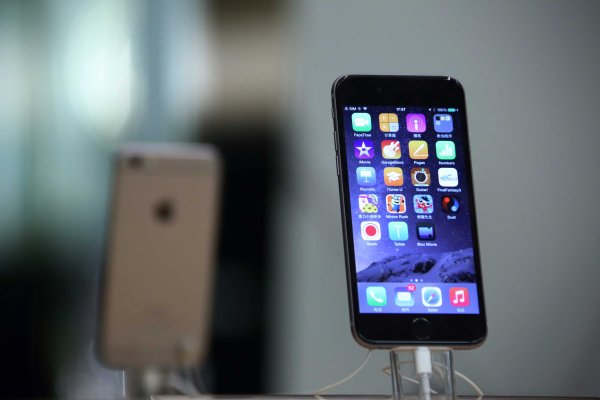 Here's the Most Surprising Thing About Apple's Crazy Earnings
Next Up: Editor's Pick