President Obama Says There Is 'No Excuse' for Violence in Baltimore

President Barack Obama speaks about recent unrest in Baltimore during a joint news conference with Japanese Prime Minister Shinzo Abe on April 28, 2015, in the Rose Garden of the White House in Washington.
Jacquelyn Martin—AP
By Maya Rhodan

President Obama condemned Monday night’s violent riots in Baltimore on Tuesday, saying there was “no excuse” for the looting and attacks on police, while also calling for the country to focus on addressing the larger issues of race and policing.

Obama began by expressing condolences to the family of Freddie Gray, who died of a spinal injury he sustained while in police custody earlier this month, and offering prayers for the police officers who were injured during Monday afternoon’s demonstrations. Following Gray’s funeral on Monday, rioters set more than 100 cars and 15 buildings on fire, at least 20 police officers were hurt and nearly 200 people were arrested.

“There is no excuse for that kind of violence,” Obama said during an unrelated press conference on the White House’s South Lawn with the Japanese Prime Minister. “It’s counterproductive.”

“They’re not protesting. They’re not making a statement,” Obama said of the looters who ravaged businesses and started fires. “They’re stealing…they’re committing arson.”

The President also called out the news media for focusing on the violent actions of Monday, rather than the days of peaceful protests on the streets of Baltimore that followed Gray’s death. Obama called the violence a “distraction” from the important conversations that should follow Gray’s death. Obama also praised community leaders and clergy members who returned to the streets on Tuesday to clean up and offer food to kids who were out of school.

“They deserve credit for that,” Obama said.

Tuesday’s statement was the latest in a series of moments where the nation’s first black president has been called to address violence and distrust between communities of color and law-enforcement. Civil rights leaders told Politico that the nation is in a state of “crisis” and that Washington too often ignores the lack of trust and anger that permeates many parts of the country on these issues.

Gray’s death followed others that involved police and attracted widespread attention, including Tamir Rice, Michael Brown, Eric Garner, and most recently, Walter Scott. The President has at times been criticized for his administration’s response to the deaths, which has generally focused on asking local communities and police forces to work harder to find common ground.

On Tuesday, Obama said he can’t “federalize every police force” in the country, but his administration is working with local police to build better relationships. Late last year, the President enlisted a task force to address policing. He sent former Attorney General Eric Holder to communities and police departments, and has promoted the work of his My Brother’s Keeper initiative to address wider issues involving young men of color. But on Tuesday, he also called on the nation as a whole do some “soul searching.”

“This is not new. This has been going on for decades,” he said, noting that cycles of poverty and violence persist in urban communities. The President hopes to improve the situation with early education, job training and criminal justice reform, but added that he is “under no illusion that out of this Congress we’re going to get massive investments in urban communities.”

“If our society really wanted to solve the problem,we could. It’s just that it would require everybody saying this is important. This is significant. And that we don’t just pay attention to these communities when a CVS burns,” Obama said. 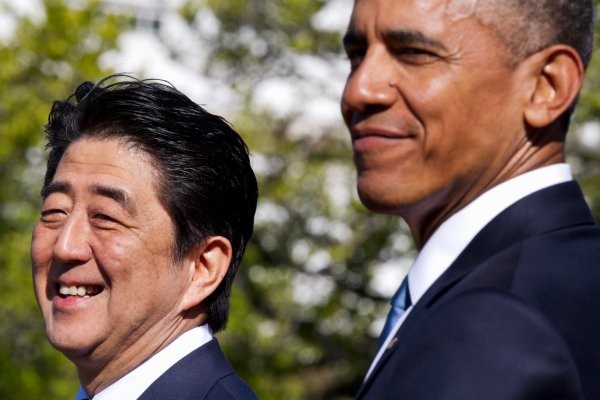