President Barack Obama speaks with Christian Champagne, 18, a senior at Hyde Park Career Academy in Chicago, who introduced him before launching a new initiative to provide greater opportunities for young black and Hispanic men called 'My Brother's Keeper' Thursday, Feb. 27, 2014, in the East Room of the White House in Washington.
Pablo Martinez Monsivais / AP
By Maya Rhodan

President Barack Obama on Thursday launched a new initiative to provide greater opportunities for young black and Hispanic men, a headfirst dive into racial economic disparities for a President who has often avoided the issue.

Through what’s being called the My Brother’s Keeper initiative, the White House is partnering with businesses, nonprofits and foundations to address disparities in education, criminal justice and employment.

“By almost every measure, the group that is facing some of the most severe challenges in the 21st century, in this country, are boys and young men of color,” said the President.

Groups have invested $150 million in the program, according to the White House, and have pledged to invest another $200 million over the next five years. Obama signed an order on Thursday to establish the My Brother’s Keeper Task Force, which will determine best practices both inside and outside government to address the challenges faced by young minority men.

“Fifty years after Dr. [Martin Luther] King talked about his dream for America’s children, the stubborn fact is that the life chances for the average black or brown child in this country lags behind by almost every measure and is worse for boys and young men,” said the President.

Obama and First Lady Michelle Obama will continue to work on the initiative even after they leave the White House, officials said.

“The President has made clear the challenges facing young men and boys of color are of great importance to him,” White House senior adviser Valerie Jarrett said. “He also as President sees a larger picture. A stronger, better-prepared workforce means more investment and a competitive leg up as we face a globally competitive marketplace.”

The initiative is the latest in a series of incremental steps the Obama Administration has taken to combat racial disparities in public policy over the past year. Last February, Obama met with a group of young men at Hyde Park Academy on Chicago’s South Side, who were a part of the Becoming a Man program within the school. He spoke candidly with the group about his experiences, acknowledging the fact that as a man of color who was raised by a single mother, their lives were inherently similar. The only difference, he said, was the fact that he grew up in an environment that was more forgiving.

After spending much of his first term avoiding issues of race, he has spent his second taking a piecemeal approach to assisting minority youth. He addressed the issue of racial profiling after a Florida jury reached a not-guilty verdict in the trial of George Zimmerman, who had been charged in the killing of unarmed 17-year-old Trayvon Martin. And his departments of Justice and Education have looked to stem disparities in drug sentencing and school discipline.

White House officials said the latest initiative was motivated by data showing that young minorities face steep challenges, regardless of their economic background. Just 14% of black boys and 18% of Hispanic boys perform at or above proficiency on fourth-grade reading exams, compared with 42% of white boys. In 2010, black students were four times more likely, and Hispanic students were twice as likely to be suspended than their white peers.

“The bottom line is there is an empirical reason to focus deliberate attention on Hispanic and African-American boys,” Cecilia Muñoz, the White House director of domestic policy, told reporters in a conference call. 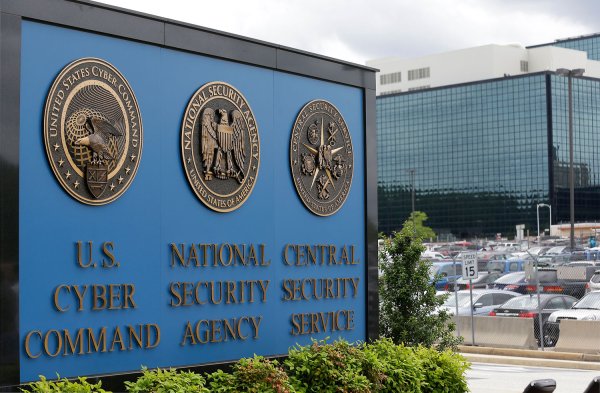 NSA Wants to Keep Phone Records Longer Because of Privacy Lawsuits
Next Up: Editor's Pick