The Words on This Bud Label Are Causing a Major Uproar

The maker of Budweiser and Bud Light, like other producers of mass produced American beers, is stuck in a branding quandary. Many of the people still drinking beer are opting for craft brews.

One seemingly logical response is for Anheuser-Busch InBev to strengthen its base and maybe even bring a few expatriate drinkers back by positioning Bud as fuel for regular guys as the beer of the working man and the frat boy. Given modern cultural currents, this has inevitably led to trouble.

In the most recent incident, nobody had to look far. They merely needed to pick up a bottle of Bud Light bearing a label that hews to the brewer’s “up for whatever” marketing campaign. It reads: “The perfect beer for removing ‘no’ from your vocabulary for the night”—accompanied by the #upforwhatever hashtag.

Some denizens of Reddit picked up on the label and reacted predictably, mocking not only the cloddishness of the label message, but Bud Light itself. “‘No'” always means ‘No’,” one Redditor remarked. “Especially if the question is: do you want a Bud Light?” The implication is that Bud is encouraging drinkers to get stewed and go nuts.

The message doesn’t seem to comport with Anheuser-Busch InBev’s (and every other booze-peddler’s) exhortation to “Please Drink Responsibly.” And maybe that’s the point. Given the ubiquity of “no means no,” as well as the ubiquity of the backlash against such “politically correct” notions, it almost seems like the brewer had to know exactly what it was doing here.

In response to backlash, Anheuser-Busch InBev said the company “missed the mark” with the campaign. “We would never condone disrespectful or irresponsible behavior,” said Anheuser-Busch executive Alexander Lambrecht in a statement.

This is just the latest entry in the “up for whatever” campaign, which itself is part of a larger positioning effort. You’ll recall the ad that debuted during the Super Bowl this year wherein craft-beer enthusiasts were mocked as fussy, pretentious elitists (this even though Budweiser itself makes craft beers under different labels.) Bud declared itself “Proudly a Macro Beer.”

Last month, the company deleted a tweet that had suggested it was a good idea to pinch people who weren’t wearing green on St. Patrick’s Day. After the backlash, the company issued a statement saying it “would never condone disrespectful behavior.” 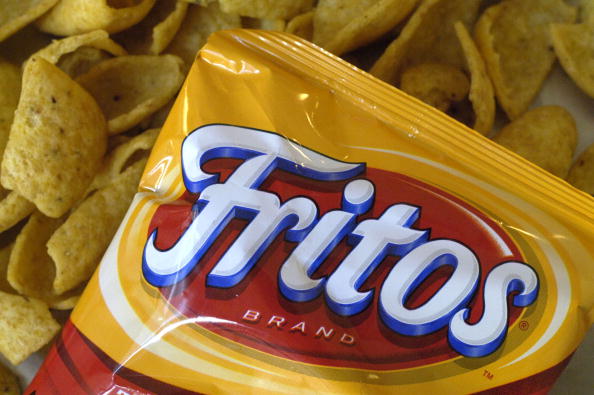 This is Where You Can Try Taco Bell's Fritos Taco
Next Up: Editor's Pick