You’ve slammed your finger in the door (ouch!), and in that first minute, well, you pretty much think you’re going to die. But don’t freak: Instead, stay calm and cross your fingers. That simple move may be enough to numb the pain a bit, according to a recent study study published in Current Biology.

After inducing a harmless burning sensation in the fingers of volunteers, researchers found that it’s possible to lessen the feeling by crossing one finger over the other. Why? Turns out how you feel pain is related to where you feel it. By crossing your fingers, you change where your fingers are in relation to one another, and that confuses your brain (in a good way).

“[The burning] feels painful because of a three-way interaction between the nerve pathways that tell the brain about warmth, cold, and pain,” study co-author Elisa Raffaella Ferrè, a research student at the University College London, explained to Health. Having volunteers cross their fingers helped them feel better, suggesting that “changing body posture might trick the brain” in a way that reduces pain, Ferrè added.

But what about all your other aches and pains? There are plenty of other surprising natural tricks to try when you’re hurting. Here are three more science-backed tactics to fight back.

Putting on some tunes you love can help soothe your aches, according to a recent study in the journal Plos One. Researchers applied heat to people’s skin in order to cause discomfort. Those who got to jam to their favorite songs reported less pain than those who listened to other sounds or silence, even when the researchers controlled for the placebo effect.

After giving people with recurring headaches a chance to try either muscle relaxants or acupressure, researchers in a 2010 study found that those in the acupressure group had less pain than those treated with pills. Try it: When you feel a head pounder coming on, apply steady pressure with both thumbs at the base of your head on either side of your spine on and off until you feel better.

Next time you have killer menstrual cramps, try imagining chocolate ice cream or your mom’s perfectly buttery mashed potatoes—a 2008 study found that food visualization worked better for pain relief than other imagery, like scenery, or walking around. 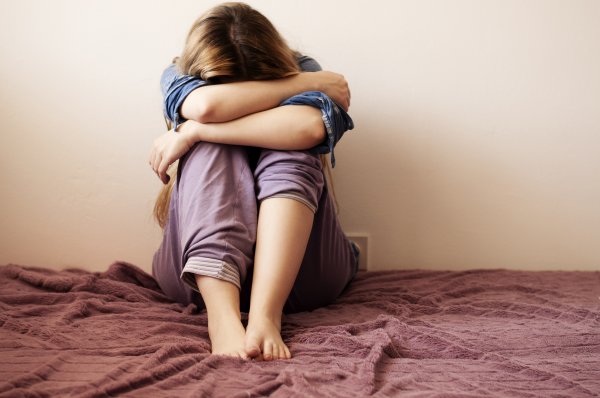 Is the Link Between Depression and Serotonin a Myth?
Next Up: Editor's Pick