Shake Shack Is Opening in California

Shake Shack is opening its first location in California, the burger and frozen custard restaurant announced.

The company said Tuesday the new Los Angeles location will debut in 2016, in West Hollywood.

“We’ve heard from our West Coast fans for years that they’d love a Shake Shack in California, and at long last, we’re delighted to say Shake Shack LA is on its way,” Shake Shack CEO Randy Garutti said in a statement. “Los Angeles is one of the greatest cities in the world with a culture like no other, and we look forward to being a part of the community.”

The new restaurant will be inspired by a “roadside” stand model, with dedicated parking and a large outside patio, Shake Shack said. The company will use recycled and sustainable materials as well as energy-efficient equipment and lighting.

Shake Shack started as a hot dog cart in New York City’s Madison Square Park, and in 2004 it won a bid to open a permanent burger stand there. The fast food restaurant now has locations in New York, Las Vegas, Washington, D.C., Chicago, Massachusetts and Maryland, as well as a handful of international venues. 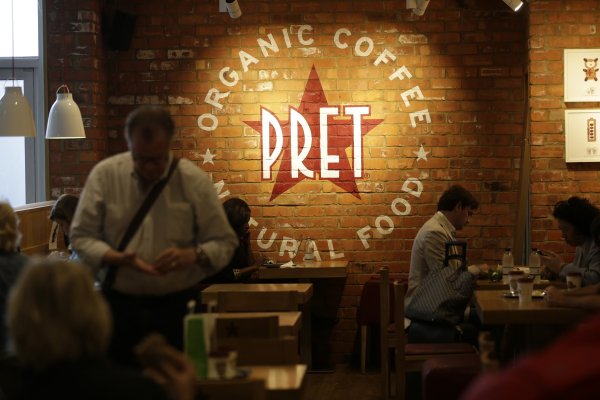 Here's How to Score Free Coffee at Pret A Manger
Next Up: Editor's Pick