This Pokémon Tattoo Is So Bad It Has Become a Meme

A tattoo of Pokémon character Charmander that fans say looks nothing like the character has been going viral on Reddit, inspiring memes and earning the nickname “S****y Charmander.”

This is what happens when you drunkenly tattoo Charmander on yourself http://t.co/uaweX7IArZ pic.twitter.com/S5USovtLqg

Redditor Yllwsnow2 uploaded the image on April 14 with the caption “My friend was drunk and on Xanax when he decided to tattoo a black face Charmander with no experience or artistic ability. The flame saves it.” The picture racked up nearly 2.5 million views over the next two days, according to a timeline by KnowYourMeme, an online encyclopedia about memes and trending topics.

The illustration now has its own subreddit “/r/shartmander,” and the photo-sharing site Imgur has rounded up some of the best memes. The editor of Know Your Meme Brad Kim made a flow chart of merchandise inspired by the tattoo:

See more on Know Your Meme

It is the third time that something so random has captivated the Internet recently, between a debate about the color of #TheDress and a photo of a cat that looked like it was either going up or down a staircase. 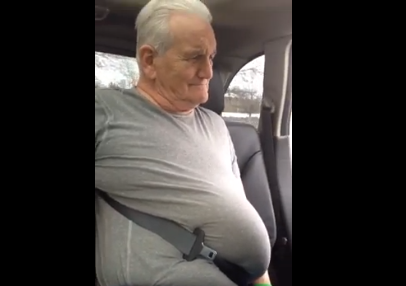 30 Million People Have Watched This Video of a Man Stuck in His Seatbelt
Next Up: Editor's Pick