Saturday Night Live had a little fun with Hillary Clinton on the eve of her expected announcement of a White House bid.

Cast member Kate McKinnon played the former Secretary of State during the cold open, in which Hillary attempts to film her announcement on her phone. When one of the attempts doesn’t turn out well, her advisor suggests that she delete the clip. “I know a thing or two about that, right?” Clinton says, referring to the recent controversy surrounding her emails.

Taraji P. Henson, a first-time host, delivered the opening monologue about how she “made it” backed by a gospel choir. “I could have been an extra on The Lion King,” the actress jokes. The Empire star also impersonated rapper Nicki Minaj in a parody trailer for Home 2, a sequel to DreamWorks Animations’ Home, whose star-studded cast included Jim Parsons and Rihanna.

Read next: 5 Other Women Who Ran for President 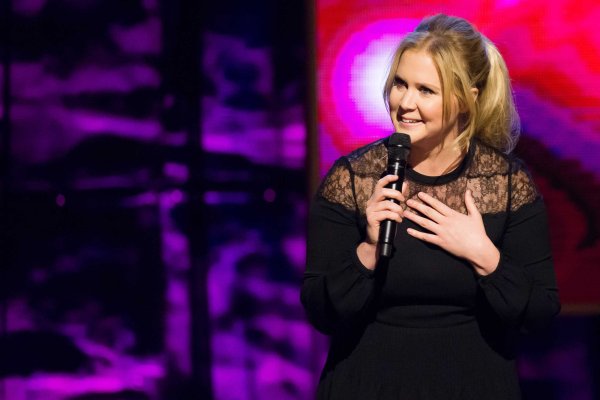 MTV Movie Awards Host: 'People Are Going to Be Mad'
Next Up: Editor's Pick