These Are the Cheapest Ways You Can Now Get HBO

At long last, TV lovers don’t have to buy a cable subscription with 100 other channels just to get HBO. The premium network has officially launched a new standalone streaming service, dubbed HBO Now, that lets users subscribe to HBO without any kind of cable plan.

Still, getting HBO remains a bit more complicated than signing up for Netflix. HBO is continuing to work with cable and tech companies to distribute its content, and everyone is offering up their own different bundle to try to entice customers. While a standalone HBO seems like a steal at first blush, it’s important to remember that HBO now customers still have to buy an Internet plan separately. Internet Service Providers will likely continue to try to keep customers buying HBO through them by offering up compelling bundles.

Here, we break down the myriad HBO deals currently on the market that allow you to subscribe to the network and receive a high-definition broadcast, either with an Internet plan or a small bundle of other channels. In order to make a fair price comparison for those offerings that include Internet service, we pegged the median price tag of standalone high-speed Internet at $41.95, based on price ranges gathered by the New America Foundation for plans with download speeds in the range of 15 to 20 Mbps.

It’s also worth noting that these prices are based on promotional rates that cable operators often offer for the first 12 months of service. Prices for television and Internet service can increase by $20 to $30 each in ensuing years, depending on the plan. Fees charged also vary slightly based on region.

In the Fine Print: HBO Now is almost entirely exclusive to Apple devices like the Apple TV for the first three months. The Apple TV costs $69, though subscribers can also use an iPhone, iPad or PC. You’ll also have to pay for Internet separately.

Perfect For: Dorm-dwelling college students who don’t have to pay for their own Internet

HBO Now via Optimum (No Contract)

What You Get: High-speed Internet with 15 Mbps download speeds and HBO Now

In the Fine Print: HBO Now is available to Optimum Internet subscribers regardless of what device they’re using to access it. But there’s a $40 installation fee and it’s only available in a small part of the northeastern U.S.

Perfect for: People who just want to watch this season of Game of Thrones, then cancel HBO

What You Get: Access to thousands of movies and TV shows, including a large selection of HBO classics like The Sopranos and The Wire (to say nothing of the free 2-day shipping for Amazon products, the music streaming service and other perks)

In the Fine Print: HBO shows arrive to Amazon three years late and current mega-hits like Game of Thrones and True Detective aren’t part of the deal at all

Perfect For: A streaming novice who’s never watched HBO’s past content or the other popular shows available

What You Get: High-speed Internet with 25 Mbps download speeds, HBO, local TV channels

In the Fine Print: A $32 installation fee

Perfect for: People who live in areas where an antenna won’t pick up the local networks

What You Get: High-speed Internet with 18 Mbps download speeds, HBO, local TV channels and a year-long subscription to Amazon Prime

In the Fine Print: A $100 installation fee, as well as a $180 termination fee for ending the contract in less than a year

Perfect For: Game of Thrones fans who also love free shipping for their Amazon orders

What You Get: HBO and 21 other channels streaming live, including ESPN, AMC and CNN. Sling’s streaming version of HBO will be available on many more platforms than HBO Now, including Roku, Amazon Fire TV and Xbox One.

In the Fine Print: Sling’s version of HBO doesn’t allow users to make use of either HBO Go or HBO Now, though subscribers will still be able to access HBO’s programming through Sling’s own video-on-demand interface

Perfect For: TV-lovers who are looking to trim down on their channels but not go totally cold turkey on cable

What You Get: High-speed Internet with 50 Mbps download speeds, HBO, local TV channels

In the Fine Print: An installation fee as high as $90

Perfect For: Power users who plan to be streaming lots of HD content at once, or fans of Showtime, since you can sign a 2-year contract and Verizon will throw that channel in for free 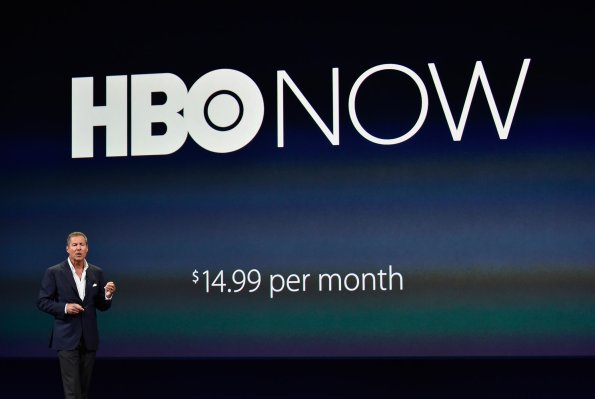 HBO Now Arrives Just in Time for Game of Thrones
Next Up: Editor's Pick