Rihanna is known for being an outspoken pop star, but not necessarily about politics (though she did just call out Indiana’s now-amended religious freedom law during a recent concert). That perception of the Barbados-born singer might change, however, once fans get a look at the video for new track “American Oxygen”.

Intended to be an exclusive for Tidal, the new streaming service she owns a stake in, the “American Oxygen” clip has since leaked onto the Internet for non-subscribers to see. Though the song’s lyrics didn’t seem particularly critical of the American dream when the full track surfaced this weekend, the accompanying video — which features archival footage of civil rights marches, Ferguson protests, the 9/11 attacks and immigrants entering the country — challenges readings of the song as a pure ode to the land of opportunity.

Clearly, Rihanna’s feelings about the U.S. are like reviews of her latest material: quite mixed. 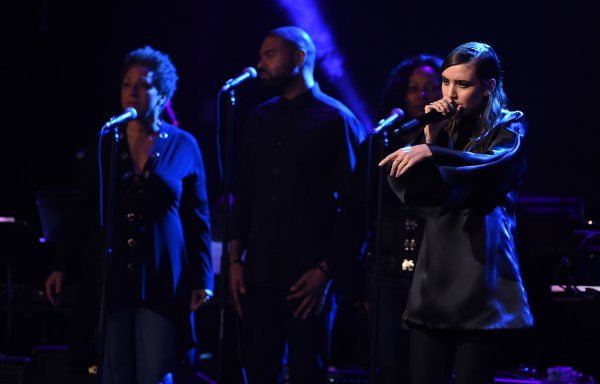 Watch Lykke Li Crash and Burn in the Video for 'Never Gonna Love Again'
Next Up: Editor's Pick