Last year, Victoria’s Secret was slammed for an ad campaign that touted one very specific body type as the “Perfect Body.”

The lingerie company quietly changed its ad after more than 30,000 people signed a petition asking the underwear brand to apologize for its “body shaming” message. And so, five months later, Lane Bryant — a retailer that sells clothing starting at size 14 — has released a similar shoot with its #ImNoAngel campaign, in what seems like a dig at the Victoria’s Secret angels campaign.

“I redefine sexy by stating that Beauty Is Beyond Size!!” model Ashley Graham Instagramed under the #ImNoAngel hashtag.

Other women have been encouraged to share their redefinition of what sexy means as well.

There has been a recent movement in the fashion industry to embrace diverse body types, especially in ad campaigns. Candice Huffine, who was in the Lane Bryant ad, also posed in a rubber leotard as the first plus-size model to be featured in Pirelli’s prestigious calendar at the end of last year.

Myla Dalbesio, who at a size 10 is smaller than the average American woman (size 14) but curvier than a Victoria’s Secret angel, appeared in Calvin Klein’s lingerie campaign last year as well. And in February, Sports Illustrated featured its first-ever plus size model in the history of the Swimsuit Edition.

Though Lane Bryant features exclusively plus size clothing, and has since its inception, the general public is particularly primed to take its message to heart.

“Our ‘#ImNoAngel’ campaign is designed to empower ALL women to love every part of herself. Lane Bryant firmly believes that she is sexy and we want to encourage her to confidently show it, in her own way,” Lane Bryant CEO and President Linda Heasley said in a statement. 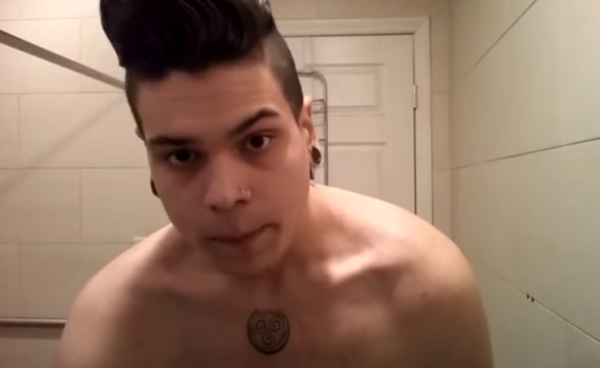