Jay-Z’s new music streaming service Tidal is facing a healthy dose of skepticism despite the high-profile list of artists that have invested in the company. However, the startup may have a fighting chance against streaming heavyweights like Spotify (and Apple’s upcoming new service) if it can hammer out a key partnership.

Sprint, the third-largest wireless carrier in the U.S. with 56 million subscribers, is working on a deal with Tidal to distribute the service to its customers. “We are working together in partnership for the vision of the common cause of reestablishing the value of music,” Sprint said in a statement to USA Today to dispel rumors that the company had already bought a stake in Tidal. “It is NOT a financial investment or exclusive partnership.”

Details are murky, but there is plenty of precedent for deals between music streaming services and wireless carriers. When Beats Music launched in January, it offered a discounted family plan to AT&T subscribers that let up five people to use Beats accounts for a combined $15 per month (five subscriptions would cost $50 per month normally). Sprint itself is currently offering six months of Spotify Premium for free to customers on certain wireless plans.

“Every major digital music service that you might care to name have dedicated senior executives whose mission is to do nothing but bundling deals with mobile operators,” Larry Miller, a music business professor at New York University, told TIME when the Beats-AT&T deal was rolling out.

A bundle deal would be especially helpful for Tidal, which lacks the name recognition of Spotify or the Apple-owned Beats Music. And the more tightly packaged the service is into customers’ wireless plans, the better for Tidal — Spotify has found that customers who sign up for so-called “hard bundles,” in which its music service is included in the standard monthly rate instead of as an add-on, end up keeping Spotify 80% of the time even after the discount period ends.

Tidal will need a lot of other things to go right to gain a toehold in the streaming space. Carrier partnerships can be lucrative, but also fleeting—the heavily promoted AT&T-Beats tie-up ended in October. Eventually, the service will simply have to stand as a better user experience to overcome its competitors. 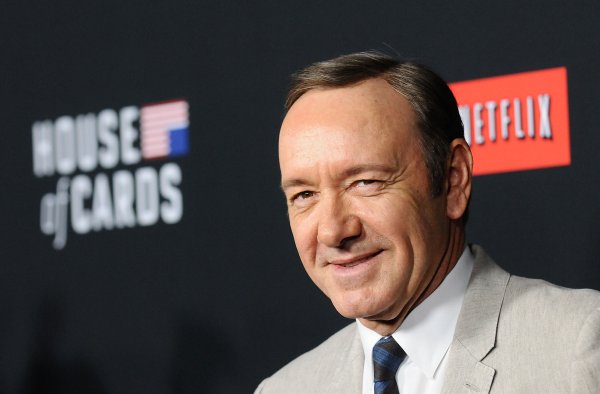 Netflix Is Begging You to Take a Shower in These New Binging PSAs
Next Up: Editor's Pick