The powerful al-Qaeda affiliate in Yemen stormed a southern port city and freed hundreds of prisoners as it took advantage of mounting turmoil in the country.

The New York Times reports that al-Qaeda in the Arabian Peninsula (AQAP) launched an offensive early Thursday against the city of al-Mukalla, targeting the security headquarters, government buildings and the central prison. Witnesses reported seeing hundreds of inmates fleeing, according to the Times.

Yemen has descended into civil war since the rebel Houthis from the north seized the capital, Sana’a, last fall and ousted President Abdu Rabbu Mansour Hadi earlier this year. Clashes between the advancing Houthis and forces loyal to Hadi intensified last month and prompted neighboring Saudi Arabia to launch airstrikes to push back the predominantly Shi’ite Houthis, who are perceived to have support from Saudi rival Iran.

The city of al-Mukalla had been spared the fighting, but onlookers have long raised concerns that the unrest could fuel AQAP’s growth in strength and stature, especially as the Sunni extremist group positions itself as a leading opposition force to the Houthis. 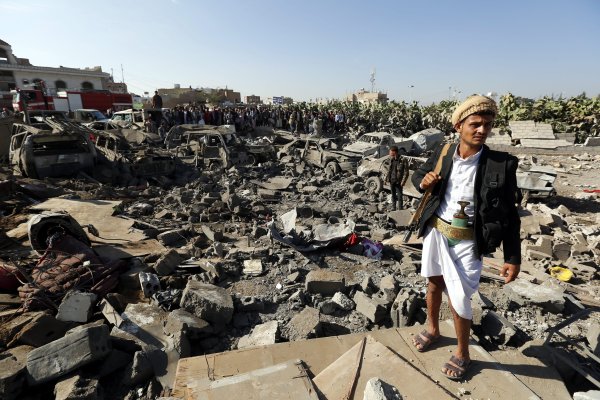 Why the U.S. Is Fighting Beside Iran in Iraq and Against It in Yemen
Next Up: Editor's Pick