5 Types of Friends You Need to Avoid

With the end of winter (supposedly) here, now’s a good time to spring clean your life. You might be looking forward to re-organizing your closet, opening up your windows to let in some fresh air, and re-committing to those New Year’s resolutions. But have you given any thought to making over your social circle?

While research shows that our friendships are super important for our health and well-being, not all relationships are created equal. “Negative friendships can cause stress, frustration, and even put you in harm’s way if their behavior puts you in situations that could jeopardize you and your loved ones,” says sociologist and friendship coach Jan Yager, PhD, author of When Friendship Hurts ($13, amazon.com).

Investing time and energy into people who don’t pay it back—or who only have toxic contributions to offer—can have a negative effect on both your physical and mental health. In fact, a recent University of College London study found that close relationships that cause stress or worrying may even contribute to faster cognitive decline as you age.

On that note, here are five types of friends you may want to sweep out of your life.

Moods—both good and bad ones—are contagious: Research has shown this to be true in both real life and online social networks. And while there’s nothing wrong with venting to coworkers or crying to your BFF when you’re feeling low, it’s still important to balance those lows by sharing happy experiences, too.

“When you talk on the phone with your friend, exchange e-mails or text messages, or get together in person, do you feel positive and optimistic—or does a particular friend make you feel bad about yourself, agitated, or even physically ill?” asks Yager. If that friend is going through an especially trying time, it’s normal to feel pulled into the drama. But ask yourself, she says: “Is this an occasional thing, or a chronic pattern that’s making it too difficult for you to handle your emotions or your own life?”

If the latter’s the case, it’s time to seriously consider phasing them out.

You live next door to her so you’ve tried, on many occasions, to be nice: You’ve had her over for dinner, carpooled, and encouraged your kids to play together. But if your friendly gestures are mostly returned with complaints about noise or the look of your lawn, her constant demands could be harming your health.

A 2014 Danish study found that frequent arguments and conflicts within a person’s social circle, including neighbors, were associated with an increased risk of death in middle age. Conflict management may help reduce these dangers, the study authors say—so the next time she picks a fight, try sitting down and hashing out your differences (or at least agreeing to ignore each other) once and for all.

So a friend let you down in some way, but she’s promised to make it up to you. Everyone deserves a second chance, but maybe this isn’t the first time you’ve felt betrayed by her. Where do you draw the line? Personal relationships are complex, so there isn’t a clear-cut way to decide.

Yager says that in her research she’s found that what’s considered a “deal breaker” is different for everyone. “One person said that for her, it was when her former friend was not there for her when her mother died. Another woman didn’t see it as a deal breaker when she walked in on her roommate and found her kissing her boyfriend…but she ended that same friendship years later, over a work-related betrayal.”

Before deciding to immediately cut out a friend who’s done you wrong—or to immediately take them back—sit down and consider all aspect of this breach of trust, including how bad it made you feel, Yager suggests. “Can you [honestly] forgive them? Do they even ask for forgiveness or apologize? Is this a one time thing or a pattern? And what does your gut tell you about this friend, and about the future of your friendship?” These questions can help you decide whether mending the relationship is possible or if it’s time to let the friendship fade out.

Read more: 13 Ways to Beat Stress in 15 Minutes or Less

If you spend more time waiting around for this person to show up—or trying to schedule and reschedule plans—than actually hanging out together, you may want to let this friendship run its course.

First, take a careful look at why your friend has such trouble keeping plans; if it’s truly a good excuse, like a new baby or an ongoing health issue, ask if there’s anything you can do to make staying in touch easier. Yager also recommends weighing what you get out of the friendship against what it’s costing you. “If the cost is minimal in terms of occasional aggravation, but the benefits are huge—like the laughs you still share on the phone and the fun nights out at the movies you still have—don’t be so quick to end it.”

On the other hand, if you’ve done all you can and you’re not getting much in return, it’s time to stop wasting your energy. We’re all busy. Constantly being put last by a “friend” can only lead to negative feelings that you don’t need.

She drags you along on her smoking and heavy-drinking nights out. She scoffs at your new healthy eating and exercise plan and shoves the Cheetos in your direction. Whatever this friend’s fault, if you feel yourself getting sucked into bad behavior whenever you spend time together, it’s time to back off.

Research shows that, in addition to bad moods, plenty of other qualities can spread among friends—including loneliness, obesity, and even divorce. Even your dietary choices can be affected by your companions: In one University of Illinois study, people were more likely to order the same foods at a restaurant as their lunch partners.

You may not need to ditch these friends entirely—especially if they also have good qualities you value, or if you know they have the potential to change. But be aware of how their unhealthy habits are rubbing off on you, says Yager. Try talking to these friends about why you can’t be around them when they act a certain way, or avoid situations that enable that side of them.

Read next: 5 Types of Friends That Everyone Has 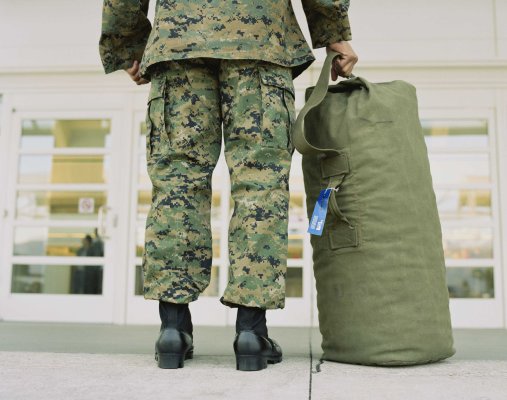